Machado's Gonna Be Jackin' It in San Diego 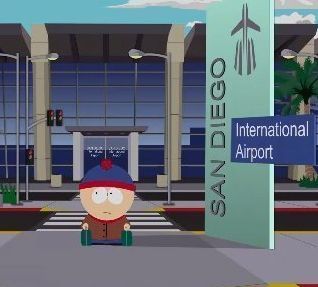 The San Diego Padres have turned being lousy at baseball into a local tradition.

Hell, they even went so far as to prove it a couple of seasons ago when they threw all cash to the wind and brought in seasoned name-brand veterans who proceeded to tank the right way: by being lousy.

So the Padres have San Diego's pro sports scene all to themselves. There's really no financial reason for them to be anything other than lousy.

Fortunately for whatever ethics the game's industry maintains these days, Padres' ownership actually seems like it tries to win.

Now, it seems like those dudes have stumbled upon something:

For all the bitching about free agent inactivity, some now claim the market ultimately spoke.

Maybe so for the few who've signed. Still, there's a hella lotta talent still looking for a team, and they continue to wonder where the offers are.

One, of course, is Bryce Harper.

His situation's always been different, though. Agent Scott Boras has had him ticketed for a status signing, so whether or not he's played his hand correctly, he'll be über-rich sometime before Opening Day.

Bryce Harper is believed to have turned down multiple offers over 300M in recent weeks. at least 5 teams are believed still in contact, tho Philly, SF and perhaps Wash appear to have more chance than SD (just gave 300M to Manny) and CWS (seemed more focused on MM)

Washington -- the club that drafted Harper -- made the first offer to the outfielder last fall, and they may indeed remain in the running. However, it doesn't seem like his moving elsewhere is gonna break many hearts in that clubhouse.

Such a sentiment had made an appearance a few seasons ago.

Much has been made of Machado's poor character decisions last fall in the post-season -- and they were nothing short of stupid -- but it's never been like he's been alone in that department.

As to stat comparison, Harper's been maligned for building his rep on one strong season, while Machado is viewed as more consistent and better defensively. The reality is most comparisons are down to which flavor a team prefers.

And really, signing any free agent of this caliber is down to preference.

One player, no matter how elite, is not going to change the course of a team's performance. GM's look at a longer arc than one season, considering what they've planned for the next few years and what they see as where the fit might be.

For example, these players could be on the market next fall:

It's likely the game's big spenders are taking a pass this year while loading up for extending offers in 2020.

Consider the Phillies and their stupid money pledge, who've now painted themselves into a corner in their pursuit of Harper. Trout's damn near their homeboy. How stupid will it be to hang fire now?