Published on 3-Oct-2021 by Alan Adamsson 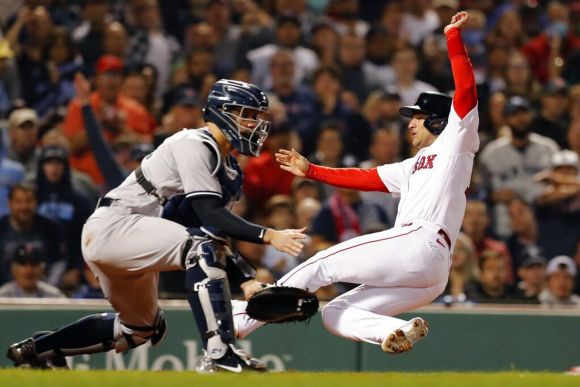 Just as the sands of time slowly shift the drifts of human history, so it goes for North America's oldest professional team sport.

MLB's playoff powers over the last decade haven't included many surprise appearances, and this season's no different.

The five most winningest teams this century are as traditional as it gets, and they're in it to win it again in 2021:

With one current mainstay and one other World Series champion this century completing the field:

At least the Brews and ChiSox have earned a shot at the brass ring. That's more than the Blue Jays and Mariners can say.

Clearly, Toronto and Seattle had the entire season to post one more win somewhere along the line, but at least they didn't flop on their laurels like the San Diego Padres.

Toronto was touted as a team on the rise. Seattle appeared to be showing progress in their perennial rebuilding project. Both were in the hunt for a post-season berth coming into Game 162, but each needed a victory and a loss by either the Yankees or Red Sox.

The old guard, though, had other plans.

The task of racking up a win on the last day was too much for Seattle, losing at home to the woeful Angels.

Toronto, on the other hand, took the apocolyptically woeful Orioles to the woodshed and smote them:

Dudes did their bit, then, but they didn't get any help from the depleted Washington Nationals.

The BoSox came from 5-1 down to send the Nats out with a whimper with late-inning heroics, securing their spot in the Wild Card game:

The Rays and Bombers traded zeroes all the way to the bottom of the ninth, when Aaron Judge didn't need his power to propel the local nine into more of October.

Dude just made sure he got enough of the ball:

All of this was disappointing to seamheads salivating at the combinations and permutations of up to four teams deadlocked at season's end, forcing some sorta exotic playoff to qualify for the one-game Wild Card playoff.

But it was not to be.

Instead, it's the Red Sox and Yankess again. Because of course it is.