Those Sneaky Cardinals Were Allegedly Punished by MLB 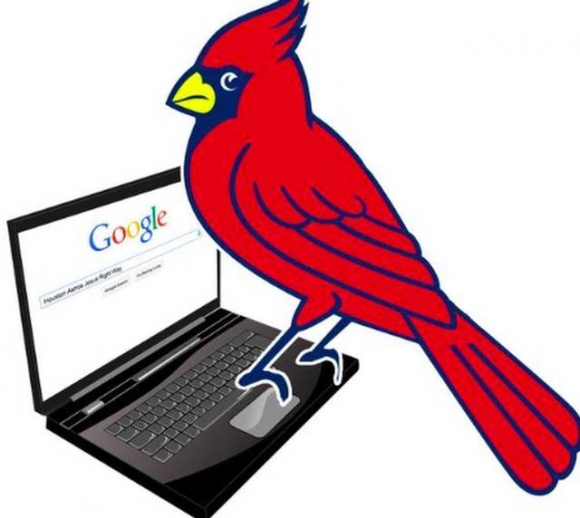 The St Louis Cardinals appear to be a bunch of cheating cheaters, at least if you consider hacking into an opponent's computer database to be a dishonest act.

And we trust most do.

This was far from a sophisticated operation, too.

Current Houston Astros GM Jeff Luhnow worked for the Cardinals up until 2011.

Apparently, this genius used one of his old computer passwords in his new role with the Astros, and the nefarious St Louis front office -- fearing Luhnow had taken some proprietary information to Houston -- used this very password to access the Astros' player database.

Let's get the obvious point out of the way first.

This is sage advice for everyone, but particularly if you're a top-level executive of a kajillion-dollar organization.

And let's throw some special characters and alternative spelling into the mix as well, so it's not as susceptible to infiltration.

Meanwhile, how about a round of applause for the Cardinals, a model organization representing decency and fair play?

Apparently, that's how they play the game the right way in St Louis, or so the detractors say.

But let's back up a few steps, here.

Tony LaRussa is generally regarded as the mover and shaker who re-instituted the fabled Cardinal Way, which is basically a blueprint for how a small-market, big-revenue club operates in these wacky sporting times.

The dude who brought LaRussa was Walt Jocketty.

They worked together in Oakland, and Jocketty goes all the way back to when Athletics' owner Charlie Finley blended brilliance with batshit crazy.

During his reign as GM in St Louis, dude oversaw plenty of both. His staff was evenly divided between Old School scouts and hotshot number crunchers, and they barely co-existed. Case in point: the 2009 draft.

The geeks, led by Luhnow, pushed hard for a whiff-happy slugger who they insisted projected well. Old School didn't like him. Their dispute simmered through the early rounds, settling on the likes of Shelby Miller and Joe Kelly. By the eighth round, the argument became moot.

Jocketty was two years' removed by then, and Luhnow ultimately graduated from his role of St Louis' scouting director to take the 'Stros' gig, leaving a situation where dudes still learned to bare fangs. One of them on the geek side was Chris Correa, and Luhnow had become the enemy.

He was certain Luhnow and his lieutenant, Sig Mejdal, took a team effort of algorithm-compiling with them, and he obviously believed in vigilante justice.

It's also become clear he found what he was seeking. That's where the story gets murky:

Whatever, the Commish clearly wanted to put this to bed and keep DeWitt -- one of MLB's most respected owners -- above the fray. Fair enough. Odds are the button-down DeWitt was clueless to the entire episode, anyway.

So, all the Cardinals were forced to do was forfeit $2million and their top two draft picks in 2017 to Houston.

Meanwhile, the time all this took to unfold gave St Louis plenty to time to mitigate. They simply exploited another area of baseball where murk thrives and loaded up on international signings before MLB clamped down, introducing new rules for them.