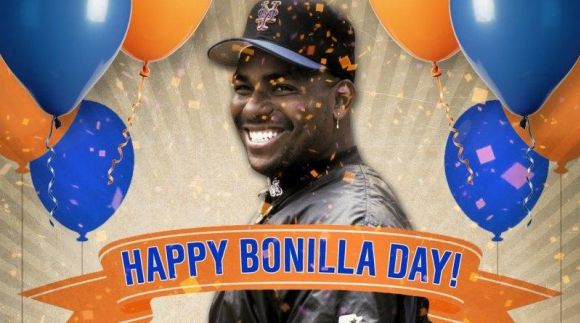 In these uncertain times, it's nice to have a little consistency in our lives.

If you're playing along at home, you've probably figured out where we're going with this.

That's right gang, yet another Bobby Bonilla Day has come and gone.

While that's not actually Bobby Bo getting his groove on in traditional observance of his very own holiday, we're quite certain he remains pleased with this arrangement.

For the uninitiated, this wonderful day was made possible because of a deferred contract spawned from the spectacularly misguided New York Mets ownership and their dark dealings with Bernie Madoff.

Oh yes, and the annual interest rate attachment signed off on by the Wilpons was also a master stroke.

Due to the tenuously planned 60-game MLB season and the resulting prorated contracts, many active and significantly younger ballplayers will be collecting less money for their efforts this year.

Even the legendary and slightly unhinged Hunter Pence, which just seems fundamentally wrong.

Perhaps dude could supplement his income this year by challenging Adam Gase to a batshit crazy staring contest.

Getting back to the subject at hand, we like to observe Bobby Bonilla Day privately due to the religious significance involved.

Let's check in on the general populus:

Almost nobody who follows me will know what that is.

It would appear that Dave the Camel also celebrates alone.

See you next year! 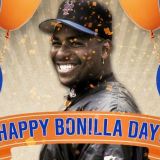 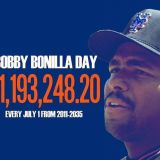