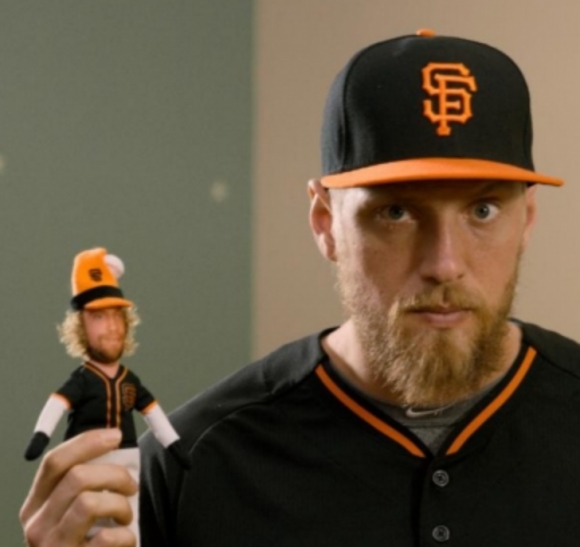 Hunter Pence is one unique dude.

Well, so is Bill Nye for that matter.

In that regard, putting these two together somehow makes sense.

However, combining the worlds of baseball and science still seems incongruent.

On his new Netflix show, creatively titled Bill Nye Saves the World, the science guy and self-proclaimed baseball fan had San Francisco Giants outfielder Hunter Pence on as a guest.

This obviously doesn't make any sense, but that's not the point.

Pence could make filing a tax return entertaining, so we'll watch him do damn near anything.

On the show, Nye had Pence hitting baseballs with a fungo bat at a model of Mars in an effort to measure the impact of asteroids striking the planet.

Materials are apparently sent out into space, with some Martian microbes actually landing on Earth and creating new life.

This is the theory of panspermia, dudes and dudettes.

How Pence will incorporate this new knowledge into his approach at the plate is still unclear.