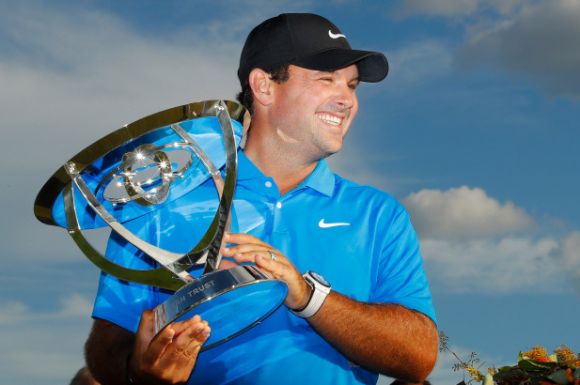 This is why the PGA Championship was moved to May.

Now, it's time to see what sorta drama the FedEx Cup -- the tour's version of season-ending playoffs -- is gonna produce over most of August.

Tiger Woods had adjusted his schedule so he could add to the show, but his oblique muscle had other ideas.

So the spotlight shone instead on a pair of less beloved dudes.

Nobody wanted what they got from Bryson DeChambeau, because they saw too much of him doing everything but actual golfing.

Dude's glacial pace of play is giving the public at large a better sense of geologic time.

anyone need a nap?

here’s DeChambeau pacing off a 70-yard shot which took over 3 minutes to hit (couldn’t post the entire video it took so long) pic.twitter.com/7A3Azeftyu

Dude's nickname is the Mad Scientist for his advocacy of same-length clubs, so the LPGA's Christina Kim had a thought:

He must have failed to denote the fact that after TWO MINUTES the earth’s turned on its axis and thus had an effect on the gravitational pull on the slope of the putt. Then he pushed it. https://t.co/QeHSJhCTNQ pic.twitter.com/3fYOmXLfZv

Not quite a storyline the PGA and FedEx Cup had in mind, even if dude was a headliner in last season's playoffs.

To date, those playoffs have been confusing enough, sorta like Nascar's Chase is to casual fans. Suffice to say the adjusted format ensures that there will only be one dude hoisting hardware when all is done and dusted.

Patrick Reed had put himself into the thick of things with his 2-under 69 on Sunday, capping a 16-under weekend and ringing up his first tour victory since the 2018 Masters.

Clearly, dude knows how to pick his victories.

Especially with the format tweaks, this ensures the fiery Reed will be a significant factor at the Tour Championship in Atlanta.

By then the field will be winnowed to 30 -- after this weekend, 70 players advance to the BMW Championship this coming week -- and Reed now stands as the 2-seed with his victory here.

Dude's still not among top eight automatic qualifiers for the Presidents Cup, which will be decided after next week. Odds are that'll keep his intensity up. As if he needs anything to do that.