DeChambeau and His Same-Size Clubs Do the FedEx Cup Double 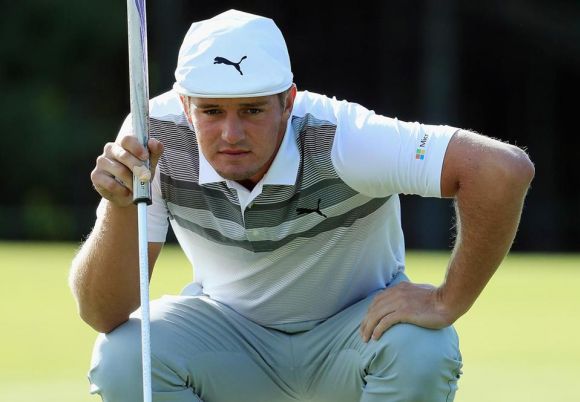 Talk about putting funky theories into practice and having them pay off.

Bryson Dechambeau is getting it done.

Dude's steadied his game since being the last one standing at The Memorial this summer, and now he's cashing in big-time in the richest segment of the PGA Tour.

Putting it mildly -- or should that be putting smoothly -- the TPC Boston course offered little resistance to the field, as friendly greens begat a scorched scorecard or two.

Still, it was steady play that sealed the deal for DeChambeau:

It wasn't just DeChambeau's putter getting the glory, either.

Dude's entire bag was the story this week as the custom tools of a unique craftsman:

With this back-to-back performance, DeChambeau played himself into a Ryder Cup berth and heads to the BMW Championship on an obvious roll.

At this pace and with those clubs, he'll soon have others wondering if his simplified approach to the game puts him ahead of his time.

Others, of course, will claim his current success is a small sample size and aver that dude's just found a tech-sorta way of getting hot.

The checks are spending and the headlines are favorable.

It's a great time to be the dude.