DeChambeau Claims the Memorial Because He Backed into It the Least 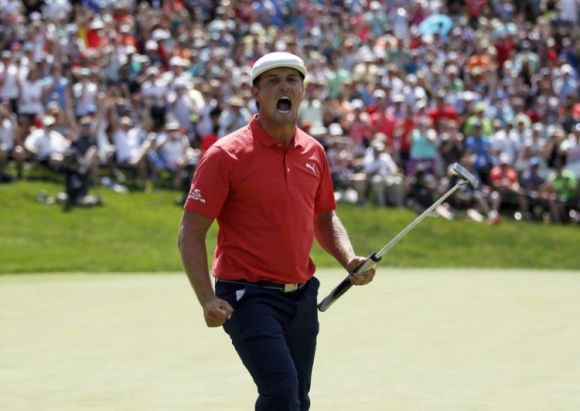 There's nothing like giving a dissertation on the next level of golf when Jack Nicklaus is sitting right next to you.

But what the hell.

Anything to change the subject from how this tournament was won.

And as the PGA Tour's resident golf geek, Bryson DeChambeau is just the dude to do it. Starting with one-length clubs:

Before this week, DeChambeau and his cutting-edge amassed a total of one victory on the tour.

The highlights only hint at how The Memorial was won, but suffice to say the 24-year-old finally figured out the 18th hole:

Dude took a roundabout way of winning it:

Kyle Stanley made the playoff even though his final tee shot conked a tree and caromed into the rough.

What an awful bounce for Kyle Stanley at the 72nd hole. pic.twitter.com/DXJAiAeqJi

Byeong Hun An did what target golfers do and hung around with a vanilla round to earn his second-or-two moment in the highlights.

Of course, the Scientist had to do a few things right to get in position to win:

Now that DeChambeau has doubled his victory total, let the one-size revolution begin.

Unless he scores well at the upcoming US Open.