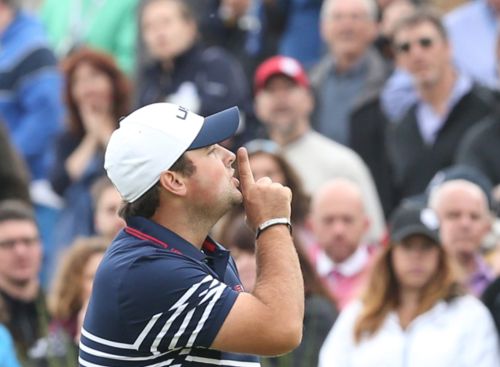 The 2018 Master's Champion is Patrick Reed?

I'm a casual golf fan, so until Friday afternoon, I didn't have a clue who he was, either.

As Reed climbed up the leaderboard, my interest began to pique. All I could find from a quick google search was very harsh. So I decided to tweet, surf, and stream everything I could about Patrick Reed.

What I found was illuminating, to say the least.

Again, most of the stories were brutal.

Instead of being the harsh critic, I began to research the reason for such disdain. Instead of focusing on the salacious stories of a legit cheating, thieving, and alcohol-related offender in college, I decided to focus on the golfer.

I was intrigued to discover the Master's champion didn't even have an equipment sponsor.

It's reported that his golf bag looks pretty much like mine with a cornucopia of brands from Ping to Titleist, and others in between. That's unheard of from a champion, but maybe that's what helped him win; being free to use what works best for him and not being pigeonholed to one brand.

My attention then reverted to the backlash Reed was receiving.

His behavior, I agree, is not a typical golfer. We've heard of his trash talking Jordan Speith and smack-festing with Tiger. During Friday's round, we all could hear the colorful words he uttered after a missed shot.

No. Most people say it when they stub their toe on the skateboard left at the end of the stairs. But it did lack the decorum expected on the hallowed grounds of the Masters.

Let's face it, times are changing. While we all get nostalgic when we think of days gone by, but just as the Master's got new pro shop, Facebook and Twitter accounts, they may have to change a little more.

I think the time has come when some of the traditions will also have to change.

What's next for Patrick and golf in general?

Hopefully more of the same.

Patrick may not be the champion the Old Guard wants, but he's the one they have.

Instead of ostracizing, embrace him with all his flaws. The game needs something to keep fans at all levels interested. For me, it's an underdog, or at least a dark horse to challege the big stars.

Despite the hate, Patrick Reed has a green jacket, and with that comes some latitude.