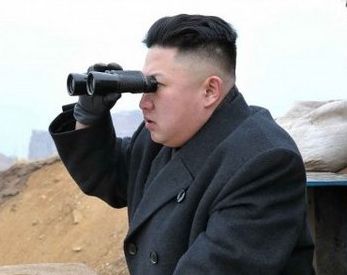 Next up for the Mad Scientist: prove he's more than the trend du jour.

He's off to a good start:

Bryson DeChambeau was also convinced that he could tear up a Donald Ross-designed golf course like the Detroit Golf Club features, and that worked out for him, too.

DeChambeau considered this tournament to be money before he even set foot on the driving range:

Every elite athlete believes in himself, but he takes it even further. Dude's self-awareness and mind-over-matter approach top his impressive list of quirks, which may well ensconce him into the sorta larger-than-life attraction the Tour sorely needs.

DeChambeau sometimes takes that too seriously.

Ask the TV cameraman he accused of damaging his brand after he appeared to be slashing for oil reserves in a trap on the 7th hole.

Bryson running a little hot. Caught up with him on 7 where he took a Sergio slash at the sand after splashing out of a greenside bunker, muttered an expletive after missing the par save and spent 60 seconds in a...testy discussion with a cameraman on his way to 8 tee. pic.twitter.com/ENjQt1U689

For most of the weekend, though, dude was in control and -- as advertised -- a cannon off the tee.

Longest drives of the week for @B_DeChambeau:

Even after flying over the fairway bunkers and nestling in traps around the green, his all-round game was dialed in:

That's just one example why dude carded a 66-67-67-65 for a 23-under weekend that was good enough for a three-stroke cushion over runner-up Matthew Wolff and a $1.35million check.

A measure of his performance was becoming the first player in the ShotLink era to lead in both ...

There have always been hot golfers over a period of time -- take Jordan Spieth, 2015-2017 -- and DeChambeau's gotta go a ways just to match that, but there's something different happening here.

In so many ways, he's sorta stripped down his game so there's less to go wrong in his mechanics. They may be unorthodox to some but make sense to him and just possibly a growing legion of duffers who see them easier to duplicate than those of most pros.

Toss in his distinctive persona, and the Tour's got the makings of a character who can alternatively charm, awe, and bemuse the masses, they'll have another ratings magnet on their hands.

Dude's just gotta learn -- like Arnie, Jack, Tiger, and the game's other biggest brands -- to love the cameraman.