Published on 2-Jul-2020 by Alan Adamsson 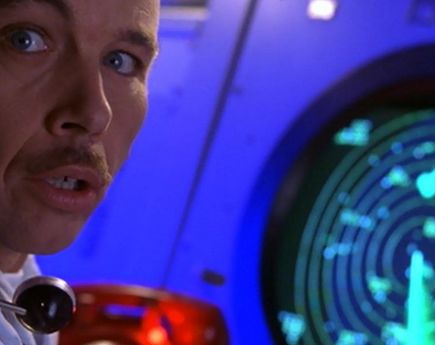 And to think dude was criticized in his recent past for slow play.

Bryson DeChambeau had no choice but to get that habit sorted this season, but as anyone who's followed the PGA Tour's restart, that's not the only thing he changed.

As in himself. Total makeover.

40lb of protein-enhanced bulk and a case study in biomechanics or whatever the hell else he figured out how to do during the Covid-19 interruption.

Predictably, the majority of reactions to the new DeChambeau is how his newfound persona is adding consistent distance to his drives.

The PGA Tour record book is loaded with 400-yarders -- and more -- from some of the game's better known bombers, but only a handful are knocking the snot outta the ball -- 340yd+ -- like DeChambeau is doing right now.

In today's first round of the Rocket Mortgage Classic at the Detroit Golf Club, dude peppered the course with seven drives of 340yds, including:

In fact, his back-nine average was 345yds.

Actually, there's only one thing missing from those monster drives.

OK, so it'd make his looper take a few extra steps to retrieve the club flip. It'd be worth it for the spectacle.

For all this prowess of power dude's displayed, though, there's one thing he hasn't done since the return:

DeChambeau's been in the hunt at all three events, which is notable in its own right:

At the end today's play, his eight birdies and that eagle were offset by four bogeys, leaving his 66 a pop off the pace set by Kevin Kisner, Doc Redman, and Scott Stallings.

But it's early days yet, and those dudes are likely the usual opening round rabbits. Odds are none of them are going wire-to-wire.

In the meantime, here's a look at the key factor in DeChambeau's one-plane drive strategy, as explained by Moe Norman disciple Todd Graves:

Does this approach work for the everyday duffer?

Either he's the world's most subtle ringer or that one-plane approach is approachable for the weekend hacker.

DeChambeau, on the other hand, is seeking to make a tad more of his weekend. If he goes heavier on the rockets and lighter on the hacks himself, he just might.