Joey Bats' Flip Makes NHL 17; The Mick Would Be Proud 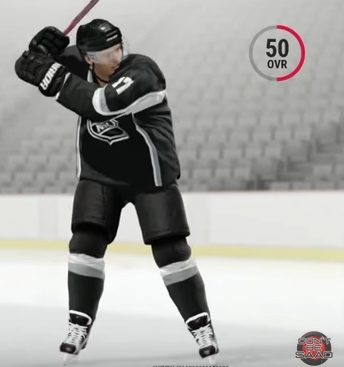 Social icons appear; they're not made.

For one reason or another, they're something that's gone viral beyond the scope of their milieu.

Then there's the Crying Jordan meme, an irony of a dream life represented in tears. Where hasn't it been?

Now, it appears that a certain Toronto Blue Jay's epic celebration is getting legs:

With Toronto being the self-proclaimed center of the hockey world, it's no surprise that José Bautista's bat flip would make its way to the goal celebration assortment in NHL 17.

This will no doubt thrill gamers everywhere.

Who knows? Joey Bats has been well on his way into other celebrations, already. OK, so all this never did play very well in parts of Texas, which is understandable.

What isn't, though, is Old School doing the Grinch thing. Especially when its stormfront is a former New York Yankee.

Advanced age can addle memories, but how can any ex-Bomber have a blackout on a superstar like Mickey Mantle?

No one ever dissed The Mick about a bat flip, and definitely no one got into it with him after a slide.

Odds are, if video games had been around in Mantle's day, Bautista's inclusion in the latest NHL goal celebration package would have merely been an update.