Bryson DeChambeau Would Just As Soon Not Fight Brooks Koepka 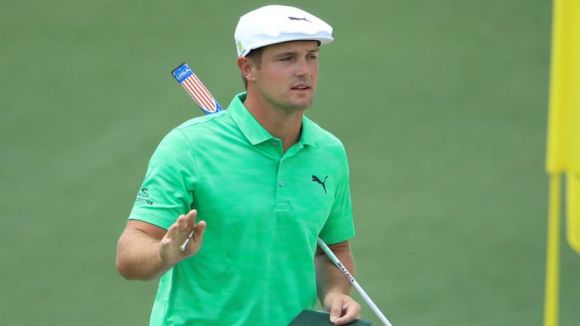 Apparently, Bryson DeChambeau isn't the most popular dude on the PGA Tour.

This was made abundantly clear last weekend at the Northern Trust, where Patrick Reed took home the hardware and DeChambeau just pissed everyone off.

Yes, we're referencing the fact that Bryson is in absolutely no hurry to hit his next shot.

There have been a number of golfers bitching about his leisurely pace of play, but Brooks Koepka would have to be the most animated of the bunch.

Of course, by animated, we're not talking personality, as Koepka is a sophisticated golf cyborg lacking emotion.

The two best buds engaged in an informal summit meeting last Sunday morning and claim to have worked some shit out.

Was standing on the putting green with Koepka's caddie earlier when an irritated Bryson DeChambeau walked up & told him to tell his boss to make any comment about slow play "to my face". Brooks arrived soon after, got the message & ambled over for a chat with the scientist.

Koepka said he and DeChambeau talked before their rounds on Sunday about slow play. Brooks said the conversation is supposed to continue this afternoon.

Here's the Scientist being super defensive about the whole thing:

Our methodical friend recently admitted publicly that Koepka would more than likely beat his ass if they ever threw the hands.

After hearing this, Koepka wholeheartedly agreed with this assessment.

Perhaps one day, we'll get to see these two dudes get into a scrape on the course.