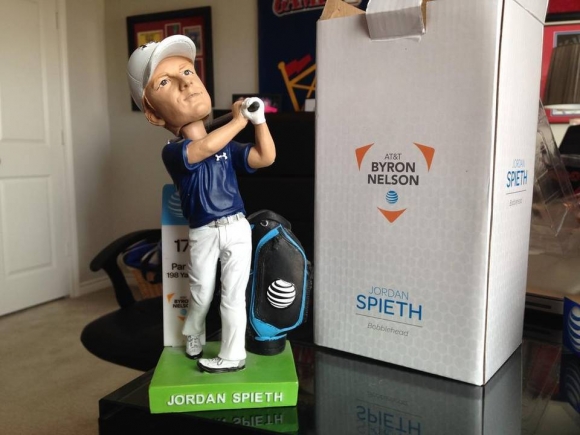 Dude knows it's still in there somewhere.

The blend of talent, command, and ice-water-in-veins poise that rekindled memories of a hard-charging Arnold Palmer is Jordan Spieth's gift to golf.

And it's halfway there toward resurfacing and dulling the perception of a Masters collapse that could've threatened to define his budding career to the point of haunting it.

Conspicuosly absent from that closing menagerie: no little tigers.

Frankly, perception can trump reality to the point that it becomes reality.

Hard-core historians may remember the full arc of Greg Norman's achievements, but to the public, mentioning his name conjures images of wilting under pressure.

It's a fine line dividing Arnie's mastery and the Shark's misery. Spieth's living on that edge right now, and he's basking in it:

Does a dude under pressure put marshmallows on top of golf balls?

The real answers will come this weekend.