A Naked Brooks Koepka Does Nothing for Mike Francesa 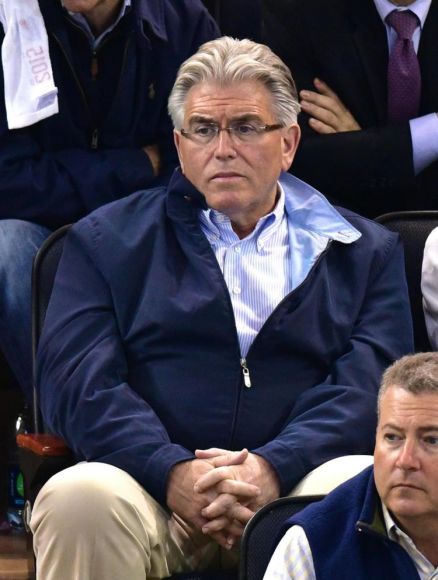 Let's go ahead and add male nudity to the growing list of things that disgust Mike Francesa.

Your Sports Holiness shared his valuable opinion recently on the ESPN Body Issue, which features prominent male and female athletes in the nude.

In addition to being consistently wrong about sports, it appears that this miserable human being is also something of a prude.

Mike Francesa trashes ESPN the Magazine's Body Issue... he has no desire to see Brooks Koepka naked. Caller follows up by asking Mike if they asked him to pose for the issue. 😂😂 pic.twitter.com/8JqQEvHfDZ

First of all, we'd vastly prefer if the big guy refrained from using the word titillate in the future, but we'll give him a pass this time.

Mike claims he didn't actually open the issue and only saw Brooks Koepka on the cover, which is more or less like saying you read Playboy for the articles.

However, we choose to believe that the Pope prefers his pornography in electronic form.

Also, it seems that our good buddy is offended by capitalism as well, because he takes umbrage with these people trying to sell magazines.

And of course, there was the inevitable troll call at the end, which Francesa dismissed with his signature pissiness.

Speaking of Koepka, here's some behind the scenes footage from the body shoot that we hope Big Mike will enjoy:

Francesa and that woman Christian Yelich trolled should hook up, as they seem to share the same delicate sensibilities.