The Gunners Are Running Out of Their Own Feet to Shoot 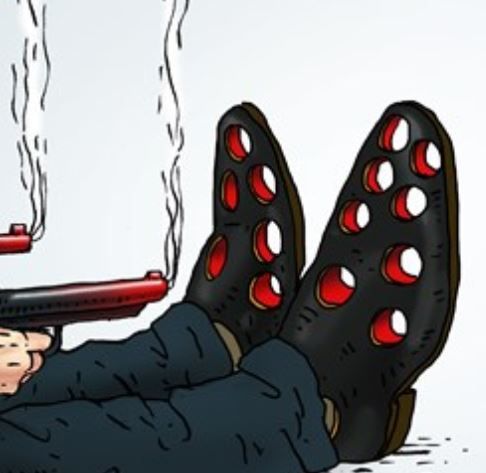 Rumors are surfacing that the Gunners have had back-channel talks with José Mourinho.

Being real, it's almost surprising such talk doesn't turn to wishful thinking about the club telling Arsène Wenger they're sorry they ever doubted him.

But it's gotten that bad in their particular section of North London.

Wolves had to feel empty after outshooting Arsenal 25-10 at the Emirates today and only emerging with a point in a 1-1 match that actually saw the Gunners resorting to looking for counters in their own ground.

Arsenal were in such chaos out there that at one point, defensive midfielder Lucas Torreira was spearheading an attack, and it wasn't an accident.

Team captain Granit Xhaka was cooling his jets somewhere after being banned by the club for his tirade at Crystal Palace ...

... and no one's sure if he was even missed. Pierre-Emerick Aubameyang wore the band in this one; it won't be a surprise if he keeps it as long as Emery's in charge.

However, the timeline on that is more unsure than ever.

Wolves were the aggressor all afternoon. They should've buried at least one more of their chances while the Gunners looked on, seemingly without ideas.

It's notable that about the only time the Gunners were on the same page was when they slumped to hands-on-knees damn near in unison at the final whistle. The boos raining down on them were totally justified.

Ironically, their only real bright spot -- other than Aubameyang's goal, of course -- was Mesut Özil back in the side.

Dude had a spirited outing in that wild Carabao Cup match with Liverpool, but now as then, his renewed energy wasn't enough to make a difference.

The Wolverhampton approach is sheer lunch-bucket football, relentless energy with a battering ram mentality. Just like old times at Molineux.

That they're doing it with better players will keep their aspirations alive for becoming a top-of-the-table fixture is enough to make observers believe it's realistic.

In essence, their style is the anti-Arsenal.

At least, it was. These days, no one knows what the Gunners are doing. Apparently, that includes Emery. For now.