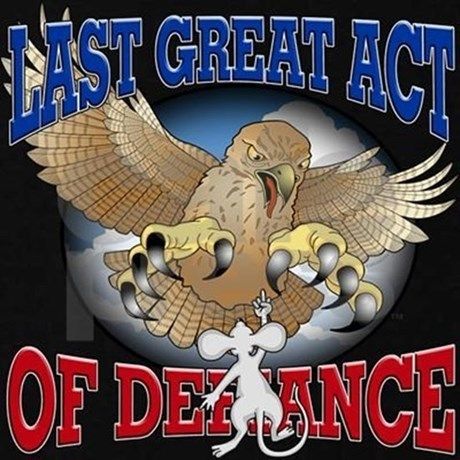 Where was this tenacity all season long?

No, not from Manchester United.

They had their run in celebration of seeing off José Mourinho and his moribund manner, which Ole Gunnar Solsjaer parlayed into a spiffy managerial contract.

Huddersfield Town could've used the effort they showed to stymie the Red Devils into a 1-1 draw all season long. Maybe then, they wouldn't be getting relegated right now.

But the Terriers did a helluva job showing the Red Devils how it feels.

It didn't start that way.

Needing a victory to have any hope of claiming one of the Premierships four spots in next season's Champions League, United blew outta the gates to do just that.

Everything seemed to be aligning in United's favor, too, when they snatched an early lead within eight minutes through Scott McTominay. Paul Pogba's pass deflected off a Huddersfield defender, with the ball careening into McTominay's path.

The Scotsman rounded a Terrier or two and knocked a low effort through Jonas Lössl's legs:

Who knew a big brand would circle the wagons an work to protect a one-goal lead against the Premiership's last-place side?

All they really did after that was look for counters. Pogba almost got another, but his effort was stopped at the crossbar.

How in the name of Sir Alex they could be satisfied with a 1-0 halftime lead in these circumstances is beyond comprehension.

It didn't get any better after the break.

A spirited Huddersfield came back to pop any thought of a routine United victory.

In the 60th minute, Luke Shaw -- yes, that Luke Shaw -- paid for a poor attempt to clear a Lössl long ball. It gave Isaac Mbenza an opening to drive into the box and drill one past David de Gea:

With that, the locals had at least one warm-&-fuzzy memory to take them into the second tier.

United's designs on the Champions League for next season, on the other hand, are done like dinner:

Like fellow underachievers Arsenal, red-&-gray in the table are not the colors to show at season's end.

It seemed as if nobody wanted Spots 3 and 4 when the rubber met the road, but someone had to back into them. Unfortunately for the Devils and Gunners, they backed the least. 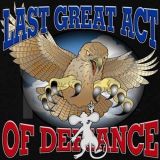 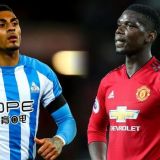