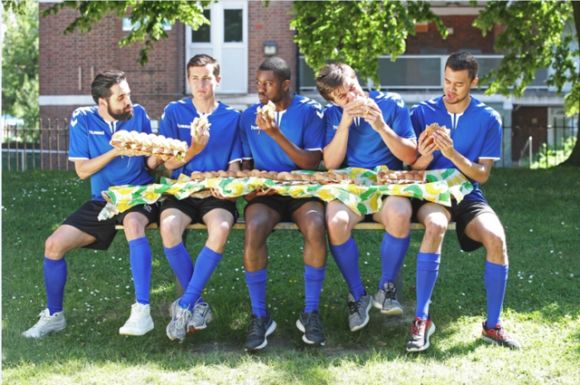 It's possible the entire football community is casting its eyes northward in hopes of a quick return:

The effects of Covid-19 appear to be calming down at the moment. The European weather is showing springtime tendencies and the urge is surging to get out in it.

The question is how to go about resuming normal activities.

Just like other businesses, key football associations are making noises about resuming their schedules within the next couple of months, subject to their governments' approval.

The Swedes are going full-on start-up, anticipating fans in the stands, but the others are moving more cautiously, planning on playing in empty stadiums. Of course, that's because they have huge media deals to produce revenues.

Others have outcomes that are yet to be resolved:

Some clubs are gonna be more challenged than others to get their fixtures in. For example ...

Toss in the various UEFA club competitions and World Cup 2022 qualifying, and no matter the national association, those games are gonna get played somehow.

FIFA figures one way to get through a scrunched schedule is to get more bodies on the pitch for each match:

What's more, as the end to this assumed season will be late, those rules will apply to the 2020-2021 season, too. They'll be used at the national-team level through December 2021.

FIFA and UEFA will coordinate Euro 2020 and World Cup qualifying, as their schedules will be bumping into each other. One solution being considered is three games instead of two during the international windows.

Back up in Sweden, that apparently also means team part-owners need to get fit, too:

The manmythlegend known as Ibra made his name in his hometown of Malmö -- where they erected a statue of him -- but still maintains a relationship with AEG, owners of the Los Angeles Galaxy and Stockholm's Hammarby IF.

AEG's main dude is kajillionaire Philip Anschutz, and his company also owns the NHL's Los Angeles Kings and a piece of the Los Angeles Lakers. So, why wouldn't Zlatan sidle up to Anschutz when he extends an invitation to be part-owner of the Bajen (pr: BYE-en)?

Malmö supporters didn't see it that way, which is why Zlatan's statue got unceremoniously torn down.

That can of fermented -- putting it mildly -- herring was a local gnosh called surströmming. It's advisable to be upwind if you try it. A great number of Swedes love it. Everyone else finds it lethal.

Who knows? Maybe that's the secret ingredient to their Covid-19 policy. Not even a virus would go near it.