What Will a Clipped Season Do to Ovechkin's Chase for 895 Goals? 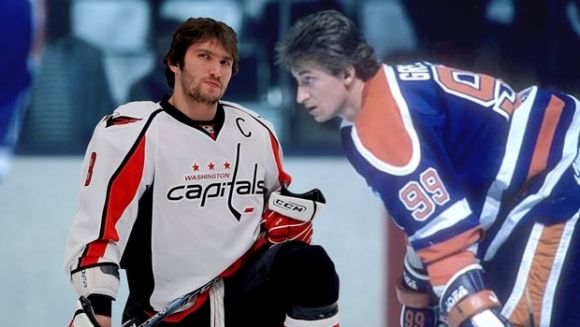 It was a foregone conclusion for the past few days, and now it's official.

This doesn't mean all the specifics for restarting the NHL's 2019-2020 season have been carved in stone, but at least everyone knows how it's going forward.

Count Alex Ovechkin as one of the many players who can't wait.

Dude's a team player first and foremost, so his primary passion is winning another Stanley Cup. It's gotta be in the back of his mind, however, that  Wayne Gretzky's career-goals record is no 12-games more challenging to eclipse.

The Crushin' Russian was on his way to a 10th straight 50-goal season when the Covid-19 pandemic so rudely interrupted damn near everything in the wide world of sports.

Ovie had lit the lamp 48 times in 69 games, so he was a cinch to extend his record of consecutive campaigns reaching 50. He'd already registered his 700th goal in February and was on a realistic pace to catch the Great One's previously assumed insurmountable total.

The question now is how significant will those scrapped 12 games be?

Ovechkin's been on a holding pattern at 706, meaning he's 189 goals away from becoming the new career-goals standard bearer.

Dude's pace of 0.61 goals per game over his 15 years in the league to date has benefitted by a bump in productivity this season. He's finding nylon at a 0.71 clip, which is his second-best rate overall. Ovie was thus projected to close the regular season with 56 goals, so statistically, the pandemic robbed him of eight goals.

Ovechkin's twice had seasons curtailed due to lockouts:

And yet, here he is, still within striking distance of 895.

Dude's 34 years old and remains in peak shape. So far, he's been good for an average of a goal every other playoff game, so drilling another 10-12 depends on how long the Capitals can stick around this summer.

It's more than just a concept now, just like the thought of Ovie averaging roughly 37 goals a season for the next five years.

Again, to him, that's all well and good, but dude's focus now -- and likely forever -- is repeating that feeling when he shook off the negative labels and hoisted the hardware:

Odds are Ovie will never stop forechecking, backchecking, and sharing the wealth with his teammates. Among all that selflessness, he's opening up space by keeping opponents' heads on a swivel.

And that'll surely keep him lighting lamps in the foreseeable future. Whether it'll be enough to surpass Gretzky is merely one reason why fans and peers will keep watching.

No matter what, the journey's gonna be just as compelling as the outcome.