Ovechkin's Got a Shot to Out-Goal Gretzky 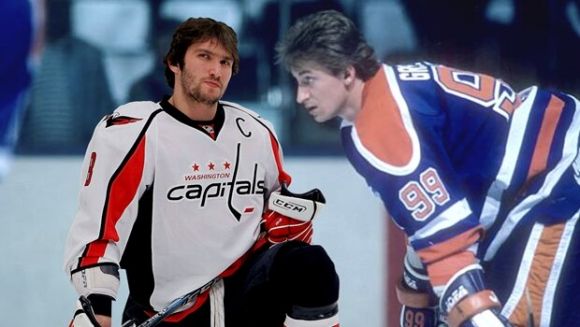 Baseball's ultimate hitter's stat has been updated twice, and not without controversy.

There will be no arguments, though, if Wayne Gretzky sees his record for career goals fall, unless die-hard Canadians don't want to see a Russian overtake him.

However, they may have no choice but to accept reality, because it's rushin' down the path to inevitability.

As projections stand, it's been clear for a while that only injuries or unforeseen circumstances can stop Alex Ovechkin from being hockey's all-time goal scorer. Ovie, of course, continues to compile an incredibly highlight stash of his own.

As with the Great One, the Great 8 is about more than just goals out there:

Gretzky was a sniper who possessed one of the most accurate slap shots the world has ever seen, while Ovechkin is a volume shooter and the best power-play goal scorer of all time.

Gretzky shared a notable observation in a 2019 interview that it's harder to score in the NHL now that it was in his era.

That seems like a humble nod to Ovechkin's accomplishments -- and he's all for Ovie breaking his all-time record -- but he's not gonna find many who agree with him.

That Old School straight-blade stick will work for him in any era. It just needs to be in the right hands, and dude's got 'em. Just like Ovie does.