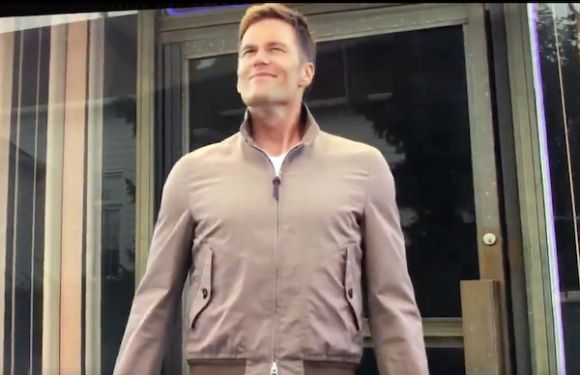 Just when you've convinced yourself that Tom Brady is actually a technologically advanced mutant, he does something decidedly human.

But then he quickly removes any doubt.

The New England Patriots' GOAT and avid ring collector did a brief cameo in a new Netflix show called Living With Yourself, which seemed to go for the whole art-imitating-life thing.

Despite the predictably wooden acting by Brady, this scene was pretty okay:

Tom Brady’s guest appearance on Netflix’s Living with Yourself is legendary pic.twitter.com/V7hEn5rnRs

Tom Terrific definitely nailed the look of utter bliss and contentment, an expression he likely wears every waking moment of his charmed existence.

The fact that he even agreed to do this cameo, which was apparently written and shot well before Robert Kraft received his strip mall tub job, reveals something resembling a sense of humor.

Sadly though, this evidence of a tangible human characteristic was quickly ruined by Brady when questioned by the sinister media:

Tom Brady said his Netflix clip was taken out of context by the media. Said he’d never take a shot at Robert Kraft. His full comments: pic.twitter.com/NCfROoGase

That defensive gibberish was hard wired directly into his CPU.

There's nothing sadder than someone completely incapable of laughing at themselves or experiencing even a moment of self-deprecation.

Hey, that reminds us of another public figure.

These people deserve each other.