This Week in Random Drug Testing: The NFL Edition 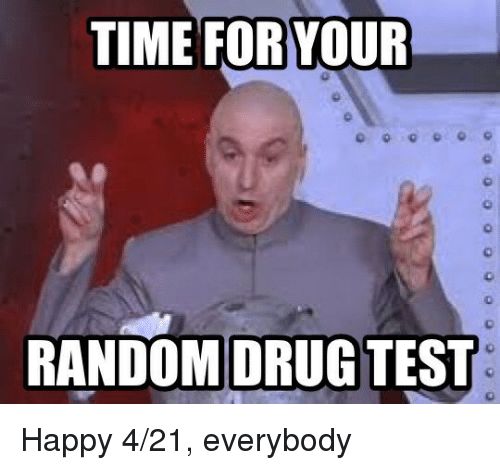 The notion of a random drug test has been revealed to be complete folly on many occasions in professional sports.

Each of the major North American sports leagues has perpetrated this nonsense on dubious players.

The NBA has been painfully obvious about it in the past, like the time Kawhi Leonard was asked to provide a warm cup of piss immediately after dominating on the court.

Sometimes MLB will literally extract blood from players after a particularly nice performance.

Of course, the NFL can be every bit as transparent as these other leagues, if not more so.

Who can forget the time Pat McAfee was tested by the Shield one day after acknowledging the national holiday for pot enthusiasts?

If this brings you pause, that is because he hasn't been an active player since 2015.

Anyway, Jackson recently signed a one-day contract so he could officially retire as a Ram.

Now this sort of thing is purely ceremonial and happens fairly often, but it somehow triggered a series of alarms at NFL HQ, producing a request for an intrusive drug screen.

Much to his credit, Jackson treated this invitation with all the respect and seriousness it deserved.

Dear NFL can you tell Mr. Lombardo that I signed a one day contract. I will not be reporting today for my random drug test screening. Thanks in advance #retirement life 😎

Now that's how you stick it to the man.

The Rams' career rushing leader wasn't going to let Roger and his jackbooted thugs ruin his special day, either.

You keep that blood and urine.