This Week in Random Drug Testing 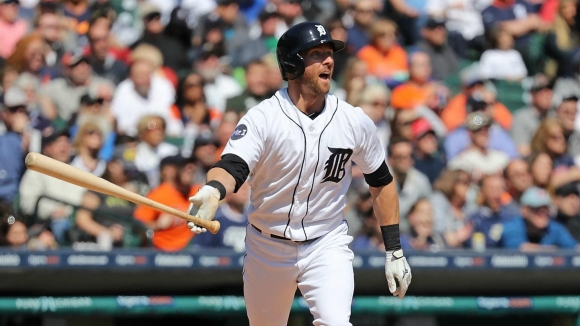 Another week has brought yet another suspiciously timed drug test in professional sports.

We've seen recent examples from both the NBA and the NFL.

This time, MLB is redefining the term random.

Someone named Andrew Romine of the Detroit Tigers has been quite good in a small sample size so far this season.

Just the other day, the 31-year old MLB José Bautista prototype hit his first career grand slam, leading the Tigers to a 5-3 win over the Minnesota Twins.

This was no doubt a big moment in his careet, but MLB wasn't waiting in the clubhouse with champagne.

Instead, Romine was asked for his blood.

Profiling is not cool, MLB.

The fact that Romine has now hit only seven homers in 391 career plate appearances only adds to the silliness.

Hopefully, the sample will in fact come back clear of performance enhancing drugs.