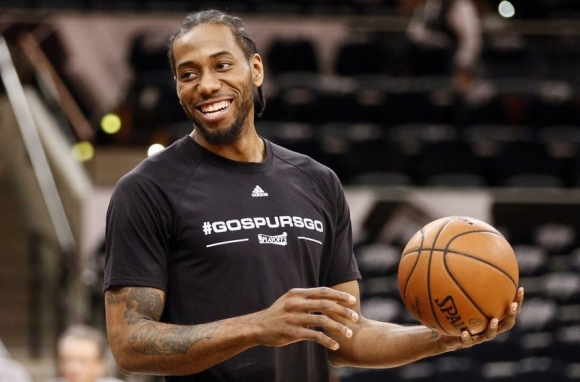 Per NBA policy, players are subjected to random drug testing both during the season and in the off-season.

While the testing is supposed to be random, there are occasions where the timing is a bit suspect.

Not long ago, San Antonio Spurs MVP candidate Kawhi Leonard went off against the Houston Rockets, scoring 39 points and sealing the victory for the Spurs in dominant fashion.

Check this dude out:

Yes, a game-winning three-pointer followed by a game-saving block of another MVP candidate named James Harden.

But wouldn't you know it: Leonard was asked to take one of those random drug tests immediately after this ridiculous performance.

We're going to give the Association the benefit of the doubt on this one, despite the suspicious timing of this test.

And who doesn't enjoy peeing in a cup?

Also, Pat McAfee would like to discuss the meaning of the word random.

In the meantime, let's have a look at some more Kawhi Leonard magic.