NFL Divisional Weekend: The Best Bets Are Where You Find Them 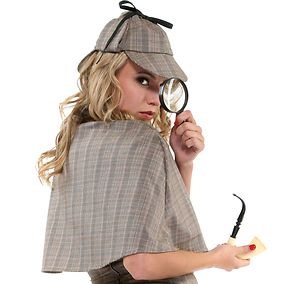 It was the Talking Heads who sang:

The future is certain
Give us time to work it out

Then again, those lyrics are from Road to Nowhere, and our mandate here is to identify which teams are going somewhere in their quest to reach the Super Bowl.

We don't have the time, then, to be running in place.

The four Divisional Weekend matchups present different challenges to the involved player, and we think we've found the combinations that can pad our stash.

We're going with spreads, totals, and moneylines as the situation dictates.

The numbers posted here are what's on the Bovada board right now. However, should you opt to take action on our suggestions, it's still good practice to double-check the lay of the land before you make your play.

The well-rested and top-seeded 49ers are a strong favorite to win this one.

However, Minnesota showed something in their win over the New Orleans Saints. The Vikings rushed for 136 yards from 40 carries. That’s important to know because San Francisco’s rush defense hasn’t played well in recent games. The Seahawks, for example, pounded the Niners for 125 yards in Week 17.

Minnesota can use Dalvin Cook to keep the 49er offense off the field. By the time the fourth quarter rolls around, the Vikings should have worn them out. You'll find I'm not much of a fan of the computer picks this weekend. Back Minnesota on the moneyline. The Titans looked strong in beating New England on the road, 20-13, as a -5 dog that really didn't look like one. Derrick Henry carried Tennessee. Dude rushed for 182 yards and a TD to help Tennessee bounce the Pats.

But today, the Titans face a much better team. Baltimore went 10-6 ATS in the regular season. It’s tough to back the Titans at +10. Same for the Ravens at -10, which is why we should concentrate on the total.

Baltimore averages 33.2 points per game. The Titans scored 28 or more points in 6 of their final 7 games in the regular season. The Ravens must sneak up a safety to prevent Henry from running wild. That should leave Ryan Tannehill’s wide receivers in man-to-man.

That's why I disagree with the computer simulation results. Take the over. Deshaun Watson became Superman to lead the Texans to an OT win over the Bills after Buffalo had built a 16-0 lead. Although Houston got the job done, let’s be real, here. The setup was perfect. Buffalo has a vanilla offense, and Houston played at home.

The Texans are on the road on tomorrow. Kansas City’s defense stepped it up in December. The offense has Patrick Mahomes under center. It's pretty damn tough to beat the same opponent on the road twice in a season, and KC will be firing on all cylinders this time.

The Chiefs should blow by this spread, no problem. It kinda feels like Green Bay lucked their way into the 2-seed. The Packers played in the below-par NFC North. Yes, the Minnesota Vikings are a good team, but Chicago and Detroit aren’t. Green Bay and first-year coach Matt LaFleur will be facing a tough test tomorrow. They won’t pass.

Seattle struggled to beat the Philadelphia Eagles in their Wild Card matchup. But the Seahawks are tailor-made to upset the Packers tomorrow.

Green Bay allows 120.1 rushing yards per. Russell Wilson ran for 48 yards against one of the best rush defenses in the NFL last weekend. The Packers failed to score more than 23 points in their last 4 games. I see in the Trends section below what the computer's reporting, but I don't agree. Seattle wins this one straight up.