Looks Like the Redskins Will Be Looking for a New Name 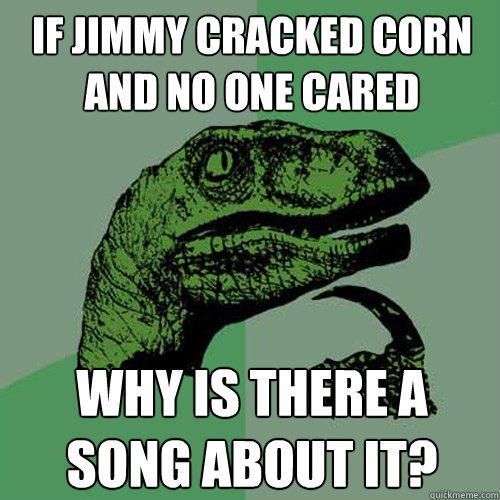 There's nothing like money to make a kajillionaire sit up and take notice.

More to the point, that'd be a threat to cut off existing revenue streams.

Or a condition that no money's gonna be dedicated to a new public-funded playpen unless an attitude adjustment happens.

When those two factors appear at once -- and are very real in a rapidly shifting social climate -- suffice to say that Dan Snyder can and will move into full soul-searching mode.

It's Snyder's nightmare version of triple-witching hour. Dude's battled and won against one challenge at a time before, but when all three hit simultaneously, it's kind of a bitch.

Dude may cite polls where the results state 90% of Native Americans could give a damn about the controversy, but that's now been disputed on the grounds of who, exactly, is a Native American and how much the full-blooded individuals are offended.

One tribe in particular, the Oneida, persists in being pissed off about it. They've been on the issue for years and haven't let Snyder's money and lame excuses silence them.

Throughout the history of the First Nations' encounters with Europeans, dudes just couldn't buy a PR break:

Make no mistake, though, the only reason team owner George Preston Marshall selected Redskins when he renamed his club was so fans could associate it with where they played when they were in Boston.

It was definitely not a matter of deep thought.

As opposed to now.

The tendency is to turn this rebranding opportunity into something akin to No Nukes or Save the Whales.

That's why the leader in the clubhouse has gotta be Redtails, turning a diss of the locals into a salute to a pretty awesome bro crew:

If Washington is to change its franchise name (it should), then team should follow @petemrogers’ design pic.twitter.com/GPsWFgy6DB

Once excited fan's already designed the logo based on the distinctive marking on the planes they flew, making sure everyone knows what this specific sorta red tail is.

It looked damn good on their P-51 Mustangs: Other suggestions have shown a boring lack of depth. For example:

In these troubled times, couldn't the empahsis focus on being too clever by half?

Hasn't Rodney Dangerfield taught us anything? If you're gonna change your name, change it!

America's Finest News Source surely has Dan Snyder's mind figured out in this regard.

If he's really gonna change the team's name, he'll do it with one single finger held high:

If ever there was a time to sweep the extemists and the politically correst aside with one stroke, it's now.

This is sports, dammit! Play with it:

How about Washington Cicadas? Those little critters only show up once every 17 years, too, and even then, they're literally out of it before the season's over.

Those little critters do have a moment, though:

The Washington Olympians would be a sweet revenge move with a bitta history behind it.

When Washington Territory out in the Pacific Northwest petitioned for statehood, the citizens there wanted it to be called Columbia, due to the mightiest river west of the Rockies running through it.

Proof yet again that the USA's elected leaders have had issues for a long, long time.

For the record, the nation's 42nd state's capital is Olympia.

One name that would be popular everywhere but the nation's capital doesn't stand a chance, but it'd be awesome.

Singing Hail to the Swamp People has an ironic ring to it.

Then, there are variations on an existing theme:

The best suggestion I’ve seen is the Pigskins, and the reason is three-fold:

3. They can still go by the ‘Skins. pic.twitter.com/CkKXRDKsBl

If Washington wanted, they could keep the name but change their mascot to a redskin potato. Problem solved. pic.twitter.com/OfI0tn0g9X

This is an NFL franchise, of course, that Snyder purchased for $750million in 1999 and is now worth $3.4billion. No matter what they rename themselves, The Shield's gotta go along with it.

So, there go the mascots this club needs and so richly deserves.

Still, no matter the Redskin name's origins, the nature of our times seems to have passed them by. Whether or not this is collateral damage to a higher calling, if its discarding will bring about another piece of unity, so be it.