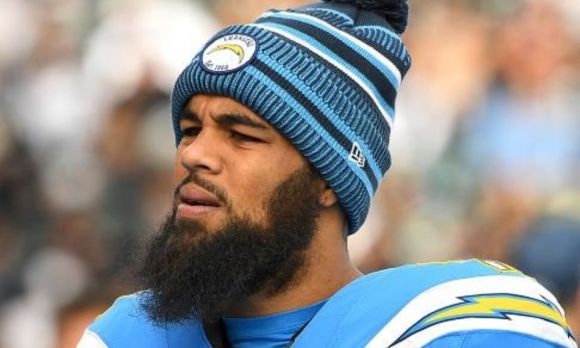 For those of you out there craving some normalcy with your sports, we refer you to the 2020 NFL Network Top 100 list and the annual backlash it produces.

Now, it's common knowledge that high-caliber pro athletes are some of the more neurotic folks you're going to come across.

Whoever guessed wide receivers has now earned site privileges that will be revealed at a later date.

In case you require precedent, a member of this damaged skill group once took exception to the opinion of Stephen A Smith, something that should only ever be mocked and ridiculed.

We see you, Davante Adams.

Our most recent example is Keenan Allen, who of course reacted negatively to the fact that he plummeted 39 whole spots from his 2019 ranking on the aforementioned Top 100, checking in at a rather mundane No 77 on this gravely important list:

Starting to think I did something to somebody ! https://t.co/gk0XNCd82e

Since these rankings are curated by the players themselves, the Charger wideout then lashed out at his peers and invited them to his very own pity party:

Ok I’m tired of biten my tongue...@cheetah @MikeEvans13_ @chrisgoodwin... ( and the list goes on) ARE NOT a better reciever than me! Faster than me...every day of the week but separation..CHILD PLEASE! https://t.co/rBQwJZWkE3

He then continued with a bold declaration:

IM THE BEST WR IN THE AFC WEST!!! Without question!!!

Mike Evans then replied with his own sass:

You tagged the wrong Chris Godwin lol and don’t be mad at us we ain’t make the rankings or care about em. I like the confidence but be realistic you not on my level bro https://t.co/AONodMpfkW

Oh shit, he really did tag the wrong dude:

While the tandem Bucs wideouts made Allen look rather petty, he does have something of a point, regardless of how completely irrelevant and arbitrary these rankings might be.

Allen qualified for the Pro Bowl in 2019 and did nothing to deserve such a precipitious drop.

Again, though, why can't they all just be good at what they do and dispense with the pissing contest?

Perhaps we should consult the greatest WR diva of them all, the unemployed and deeply troubled Antonio Brown.

I came i saw i conquered mission complete Call God 🤙🏾