Check Out These Rock-Solid Plays for the 2019 NFL Season

Published on 5-Sep-2019 by Sportbet Staff 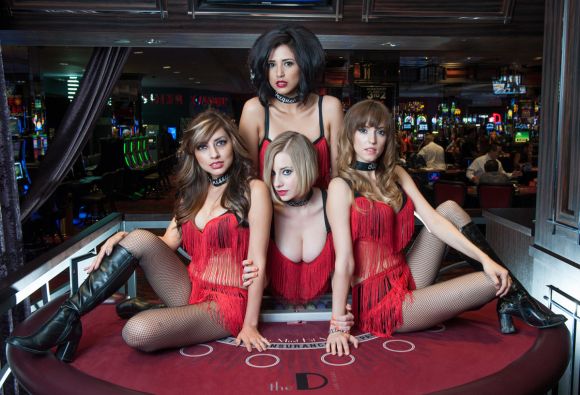 Whether or not it's true, we can't say because we really don't care, but it does seem like every hot new trend in the NFL comes from college football.

So, when a clickbait poll shows up, listing the most likable Power Five teams, can something similar show up in the pros?

Far be it from us to doubt Gritty, who's become a phenomenon even beyond the world of hockey.

Until a likable list shows up, then, we'll just play it by ear.

From our perspective, there are nine must-bet NFL futures and props you need to act on today. So what are we waiting for?

In our search for the most-liked teams in the NFL, every source has the 'Boys on top. That means one of two things:

Just know there will never, ever be a time when the closet Cowboys fans get together and talk about how much they love Zeke and how nice Dak looked in the suit he wore to the stadium. Won’t happen.

What will happen is the Cowboys taking it to DC, the Eagles, and the G-Men to win the NFC East Division.

A 40-year-old quarterback, no real receiving threats outside of the same diminutive player who’s always caught passes from Terrific Tom, a crazy fan base that everybody can’t stand, and a Patriot Food Coma that’s lasted since 2000.

Who knows? My guess is that anytime somebody takes a poll, non-football fans scream, Patriots! or even, Giselle’s husband!, or maybe even, The homeless guy in the ugly sweater!

In any case, the Patriots should win a ton of games.

Yep, 13 wins is a lock for the best team in the AFC playing in the worst division in football.

They won’t this year, either, because they won’t make the playoffs after finishing behind Baltimore and Cleveland in the AFC North.

Thus, for the record, I don't agree with these dudes:

Okay, we can buy this.

We don’t have to make up any silly arguments against the popularity of the Green Bay Packers. Well, maybe not.

Right now, the Pack's popularity probably depends on the Rodgers 'Stache. When he’s clean-shaven and looking like those other nice men who live in Wisconsin, Green Bay’s popularity no doubt soars.

But, whoa, when he looks ready to knock off a train on the intercontinental railroad, the Pack have problems with their popularity meter. Still, Mr Rodgers’ mustache won’t have anything to do with whether or not the Packers excel this season.

What will is the fact they've yet to prove they can score a lot playing in Matt Lafleur’s system. Also, 'stache or no 'stache, Rodgers hasn’t played in the preseason. Expect the Packers to disappoint bigly.

I believe this one, as well. Two of the most likable football players in history have put their hands under center for the Denver Broncos: John Elway and Peyton Manning.

No reason to say anything bad about either, right?

The Broncos are expected to fail miserably in the deep AFC West. As such, you might be surprised that the best bet on good ol' Denver is for them to make the playoffs.

There are a couple of reasons why:

Unless the Broncos have bought into the state’s love affair with the wacky weed, like most Coloradoans, Broncos can make the playoffs.

However -- and we’re not trying to be mean here -- Garoppolo is softer than the tissue most of us use to blow our noses. Seriously. Dude gets hurt all the time. No, really. All the time.

So, we’re going under on the Niners to win more than 9½.

Da Bears will always remain popular. Want to know why?

When most middle-aged men and women started caring about football, guess which team was the most popular.

Yep! The Chicago Bears because of ...

This year, Chicago should be just as good as they were last season.

That means we like Roquan Smith or Khalil Mack to have the most solo+assisted tackles.

We like Smith because there's no way you don’t double Khalil on every play, leaving Smith free to knock around your QB and put your running back into the ground behind the offensive line.

The non-call in the NFC Championship not only screwed over the Saints from making it to a Super Bowl, but it also produced one of the worst Vince Lombardi Trophy games in history.

Make no mistake, New Orleans is going to have to earn it. And they will. All the pieces are there for the eighth-most liked squad in the NFL to git’er done at the 2020 Super Bowl.

Before marrying Ciara, Seattle slinger Russell Wilson and his bride-to-be said that they were born again virgins. What does that mean?

No, answer that yourself. We don’t want to know.

Whatever, that won’t matter when he’s firing it all over the football field.

Everyone’s against the Hawks because they traded away their supposedly best defensive player, Frank Clark. To us, that’s a sign good ol' Pete Carroll knows something about Franky C we don’t.

Watch as Seattle puts a beating on its overrated NFC West Division opponents. Too bad there isn’t a prop on how long it takes 'Zona quarterback Kyler Murray to call his agent about the Oakland A’s gig the first time Bobby Wagner lays the boom.

Plus they just traded for Jadaveon Clowney!