Apparently, Gronk Once Fell Asleep during a Pre-Draft Visit with the Patriots 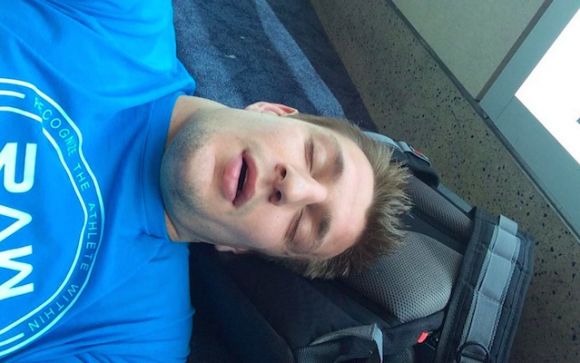 As you might have heard, the NFL is compiling an all-time team to commemorate the 100th anniversary of the Shield.

Fortunately, his former head coach and hot tub enthusiast Bill Belichick is part of the selection panel and, as such, was on hand to weave a priceless Gronk yarn.

Of course, the hooded one told this tale with his signature disinterest, but the material was so good, it really didn't matter.

Fine, here it is:

Epic @RobGronkowski story from Bill Belichick. Belichick says that Gronk fell asleep during his pre-draft visit. #Patriots took him anyways and he turned into the best tight end ever. pic.twitter.com/M2AscEzi0I

As you can see, Belichick blew right past the main theme of the story, forcing the rest of the incredulous panel to ask for clarification.

And if the most successful head coach in NFL history is to be believed, Gronk absolutely took a nap on the floor while waiting for an interview with Patriots personnel that would determine his professional future.

This story is a fairly accurate encapsulation of the life and times of the man called Gronk.

He is certainly missed by some:

Great story. I miss having Gronk on the Patriots team. #GoPats

Others not so much:

Hopefully, this brand new member of the media can manage to stay awake during those tedious Fox Sports production meetings.

Or at dinner afterwards.