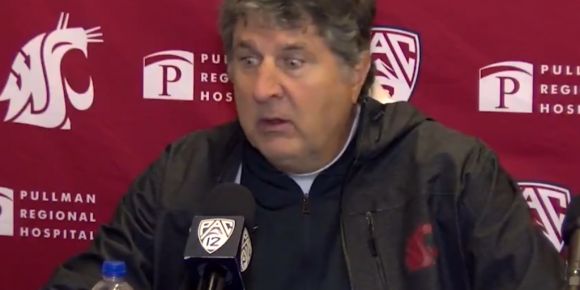 We're all quite familiar with the wacky dad antics of Mike Leach.

But just in case you've ever wondered what happens to that fun persona when a little adversity strikes, we have a case study for you.

And it's not good.

After losing their second consecutive game on the heels of a 3-0 start, the Washington State head coach morphed into a complete dick.

But the crusty old scalawag has a point.

His dudes wilted like delicate flowers in the second half at ranked Utah.

And of course there was that disgraceful collapse against Chip Kelly and UCLA the previous week.

We're quite sure that these players miss the folksy Coach Leach who'd rather discuss UFO's and cargo shorts, but they sent him away with their listless effort.

We sure hope he comes back soon.