Vince Carter Simply Refuses to Retire from the NBA 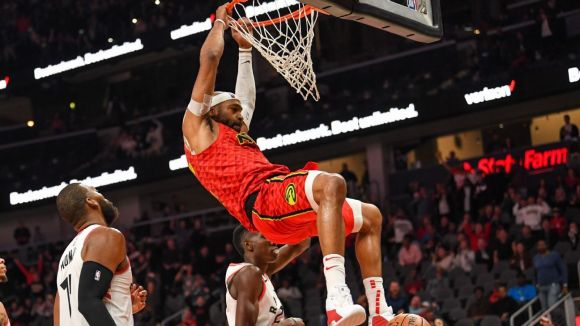 The 42-year old recently announced his desire to come back for a 22nd NBA season, a reality that's equal parts inspiring and confounding.

If this story sounds familiar, that's because it is.

This middle-aged man played sparingly for the Atlanta Hawks last year, averaging over seven points in around 18 minutes per game.

Placed in the proper context, those numbers are truly remarkable.

Indeed, we're all better people because of Vince and his continued labor of love.

Just check out these testimonials:

Vince Carter's desire to keep playing, like for real and not as a gollum on a contender, is genuinely inspiring.

Anytime you feel like giving up just remember that Vince Carter is coming back for his record-breaking 22nd season. You got this.

And if you stick around this long, there's bound to be some weird and astonishing facts attached to your longevity.

With Vince Carter returning, he will become the first NBA player to play in FOUR different decades.

Vince Carter says he wants to play for a 22nd season, which would be a NBA record.

When Vince Carter won the Dunk Contest in 2000, Zion Williamson...had not been born yet.

You know what this means.

Next year's Dunk Contest: Vince vs. Zion vs. Some Random Baby, for all the marbles.

All three of those are completely vinsane.

Let's have a look at the NBA Julio Franco in action last season with the Hawks:

Somehow, Vince hasn't won a title in his nearly quarter-century in the Association.

He's certainly not going to get that elusive ring in Memphis or Atlanta, so perhaps he could hook up with a team that may actually qualify for the postseason.

Of course, in this scenario, he'd barely see the court, which would deprive us of the OG dunks seen in the clip above.

Clearly, Carter needs his fix, so more power to him.

We can't quit you either, Vince.