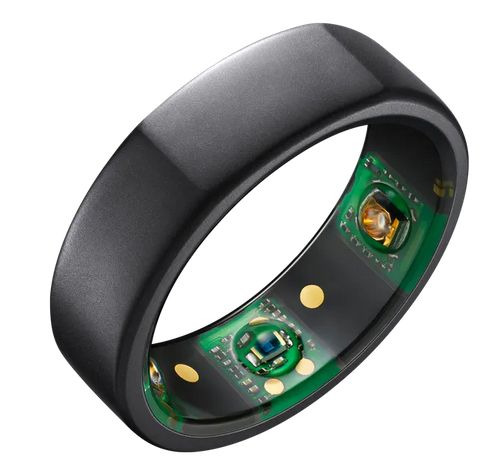 It sounds so simple for the NBA and NHL to say they're going to restart their 2020 seasons by cocooning their teams in a fixed-location bubble.

Both leagues, though, are already finding the challenge to be a bitch before they can even get their players enclosed.

The pucksters have yet to be heard from, but the hoop crew's fearless leaders are finding every angle they can to lean on what geeks hath wrought.

Why not? They're already running the world.

With 25 players testing positive for Covid-19 already -- and that's not counting the self-identifiers -- the almost unthinkable scenario of a team or teams running outta healthy players has forced Adam Silver & Co to think about it.

What's a kajillion-dollar outfit that's splashing out $150million on its bubble to do?

Well, among other things, this:

Looks like it's just what the doctor ordered. Literally.

In theory, the rings make sense.

So, with the rings tracking heart and respiratory rate, temperature, and sleep patterns, they could well be an additional line of defense against the virus spreading.

Oura's based in Finland, and its CEO got the idea that the rings would be useful in Covid-19 detection after reading a Facebook post from a Finnish dude who awoke one morning to note his readiness range had sunk like a stone from his usual 80-90 to 54.

He was asymptomatic. He'd been traveling, his body temperature was suddenly higher than normal, so he went for a check-up. Sure enough, he tested positive.

The NBA's wearables committee -- full marks for being proactive -- heard about Oura's work with a couple of university programs and reached out. Now, after further study, they're ready to take action.

Why Oura over the likes of FitBit?

One reason is temperatures are more accurately measured at the fingertip than the wrist. Details like that make a difference, and it's why the league purchased 2000 smart rings at $300 each.

These rings have been on the market since 2016, and a number of players already swear by them:

Since Florida's become a veritable petri dish of Covid-19 outbreaks, the NBA's looking for every little advantage it can get.

And given the swath this virus is cutting through the rest of the country, so does everyone else.