Shaq and Kobe Are Still Bickering Like an Old Married Couple 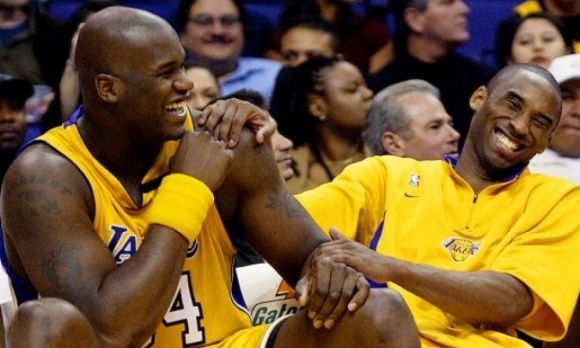 Most human beings can be petty on occasion, but some professional athletes take this to comical extremes.

For instance, Shaquille O'Neal and Kobe Bryant are both retired and haven't played together on the same team since 2004 with the Los Angeles Lakers.

But that sobering fact isn't going to stop them from nursing the hell of their well-documented grudge.

During a recent interview, Kobe just couldn't help himself, dusting off the old chestnut about the Diesel's suspect work ethic.

Here's a snippet of the interview in question:

"Shaq kept going to the FT line & missing them. So he threw the ball out to me, I'm not throwing that s**t back in there. I kept shooting them. He says 'Dude, you gotta throw me the ball.' I said 'Man, f**k that, get the rebound if I miss.’”

That little anecdote at the end was actually pretty good.

And here would be the inevitable Shaq rebuttal, which was posted to Instagram:

This same argument has been staged in one form or another many, many times now.

These two dudes won three consecutive titles from 2000-2002, but apparently, this wasn't enough for Kobe.

And now it appears that everything's just hunky-dory again.

There is no beef with @SHAQ I know most media want to see it but it ain’t gonna happen. Ain’t nothin but love there and we too old to beef anyway #3peat

He's right about the too old part.

It’s all good bro, when I saw the interview, I thought you were talking about Dwite, is that how u spell his name lol

Dwight Howard has enough to worry about without being dragged into this mess.

Hell, Charles Barkley mentions it every other segment on Inside the NBA.

Maybe the Big Aristotle could speak with someone in human resources.