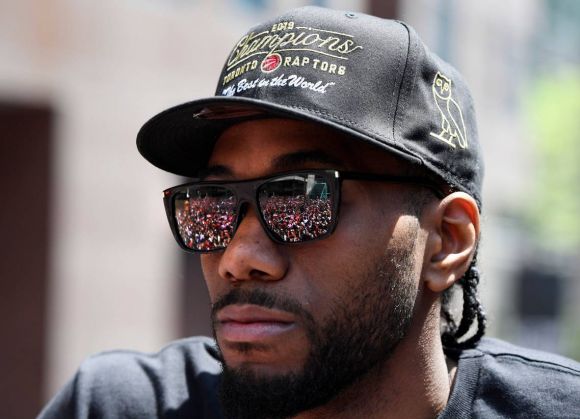 If anything was learned over the NBA's off-season, it's that Kawhi Leonard is a dude with a plan.

After first accepting the hand he was dealt and stoically playing it to the max, Leonard made super-damn-sure that, from now on, he'd be the one who held the cards he wanted.

The Los Angeles Clippers were cool with that.

Hey, if you've got $2bil to pop on a sports franchise and not notice it's missing, that's what cool looks like.

But when it comes to staying cool, Leonard's plan isn't exactly what the league or its broadcast outlets thought it'd be.

He and the team have refined his so-called load management plan, and missing the front end of back-to-backers at the risk of foregoing nationally televised games are not a consideration.

That's what many in the NBA's ticket-buying and destination-viewing who didn't get a copy of Kawhi's plan are saying.

That'd include those expecting to see him matched up against Giannis Antetokounmpo, who had himself a night.

Here's the thing: the league's going along with the load management thing because it likes the idea of star players being reinvigorated come playoff time. However, it wants to know when a player's sitting for rest or injury, which doesn't count as a load day.

Seems like the Clips didn't get their stories straight for the Bucks game.

Leonard was reported to the NBA as being sidelined due to a knee injury, but the ever-candid Doc Rivers declared before the game that dude felt great and this was gonna be a load game.

That slippa-the-tongue's gonna cost the coach some coin. The league can fine clubs for sitting healthy players.

Kawhi missed 22 games in the 2018-2019 regular season and credited that rest with helping him play 39 minutes a night in the playoffs en route to their title.

The issue now is obligations. This is the second straight week that dude sat outta ESPN's Wednesday night showcase, elevating the load management debate to the national stage and reflecting poorly on the league's product.

“Kawhi not playing is ridiculous at this point.”

-@heydb on Kawhi Leonard sitting out his second nationally televised game this season due to “load management.” pic.twitter.com/d6EGlFAuDO

The fine line between rest and load, then, is getting kinda blurry.

As if league schedulers don't have enough considerations when they're wading through the logistics of arena availabilities and all, it's possible they're gonna be faced with another nightmare:

Because otherwise, the image being projected right now is underscoring an obvious point: the regular season, for the most part, is irrelevant.