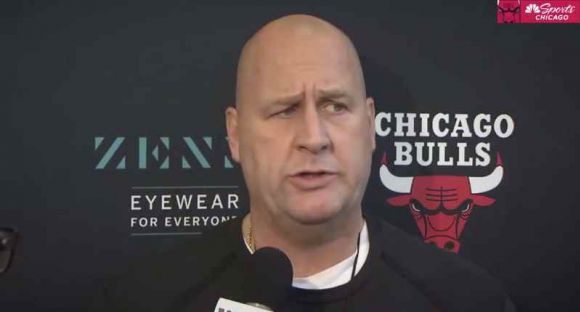 This whole Jim Boylen thing is clearly not going to end well.

However, it appears that the Chicago Bulls front office is adamant about seeing this commitment to mediocrity through, so the inevitable continues to be delayed.

In the meantime, the completely overmatched Boylen remains an NBA head coach, charming both players and fans alike.

Just look at how the Bulls fan base is embracing this inspirational leader of men:

This fan almost made Jim Boylen cry by spitting the truth #FireBoylen
(via @TommyDemma) pic.twitter.com/UOprJz9qDc

While we do acknowledge that Boylen is a human being with feelings who deserves compassion, it also must be noted that he doesn't seem to know what the hell he's doing.

His tenure began with a player revolt and has actually gotten worse.

Even on the rare occasions when they experience success, the players want nothing to do with him:

Big Jim is clearly fresh out of answers:

Joe Cowley asking Jim Boylen about fan base not believing in this team. A lot of red seats in the stands. People becoming numb to this. pic.twitter.com/qFfA9lX3xW

Perhaps Boylen should lean into this clown theme:

Or just sign the damn petition and get it over with.