How Can 'Dunk Contest' and 'Controversy' Appear in the Same Sentence? 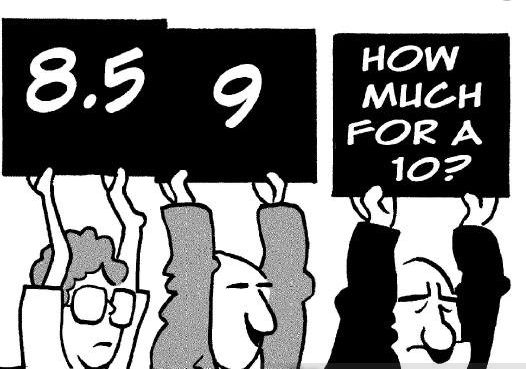 Let's take a moment to pause to give thanks to MLB and the NHL.

Even when they're doing crazy shit in their All-Star skills contests, they keep score.

As in a real score that everyone can actually count.

Why the NBA and its fans don't realize that anything less will well and truly make an event a pure exhibition. Nothing more. Nothing less.

Unless, of course, someone wants it to be.

The NBA Dunk Contest has taken a life of its own, just like MLB's Home Run Derby, and deservedly so. It's pure entertainment.

Until opinions flare up after a winner is chosen because of other opinions.

This years Cavalcade of Dunks was one where fans could just enjoy themselves. Seems like the judges had that intention. Who knew they'd be the flashpoint of a controversy?

After numerous feats of dexterity and derring do, the field narrowed to veteran finalist Aaron Gordon and Derrick Jones Jr.

In a contest where celebrity judges determine the winner and where athletic artistry is the theme, what could go wrong if one of the players takes it too seriously?

The two trophies refer to the 2016 Dunk Contest where popular opinon deemed that he shoulda won instead of Zach LaVine and, of course, this one.

Opinions aside, it was worth the watch:

OK, so what happened at the judges' table?

This'll never make 60 Minutes, but that's because this is only supposed to be an exhibition for fun and ratings:

What that dude coulda done with the Zapruder film ...

Next up, no doubt, is his exposé on pro wrestling bouts being staged.

Bummer for Gordon. This probably ruined his shot at the Basketball Hall of Fame. Now Tacko Fall won't even raised to the level of being reduced to a footnote in history.

And, as Rob Perez noted, those judges wouldn't have made very good Astros.

Other than that, as exhibitions go, the Dunk Contest was a pretty cool time.