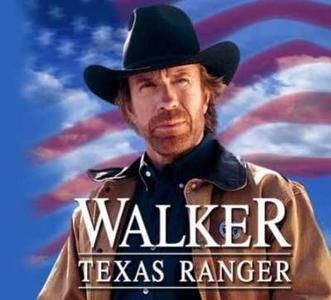 In this most foul election year, it's pretty much impossible to separate politics from sports, or anything else for that matter.

With this in mind, the Texas Rangers have decided to lean right into it.

And as an added bonus, they're ridiculing the Houston Astros in the process.

We are wholeheartedly down to clown with this notion.

In an effort to shamelessly pander for our vote, the Rangers followed the sordid template left behind by many a political candidate, failed or otherwise.

The fact that they're actually a baseball organization and aren't running for political office did little to temper their enthusiasm, either.

Perhaps we should just show you:

FINALLY! An election ad we can all get behind. pic.twitter.com/54WXLPJLKn

Again, before passing judgement, please keep in mind that the humor here is at the expense of the Astros.

While policy wonks may not appreciate the complete lack of substance in the ad, there are some interesting questions posed in the 30-second spot.

It would appear that in addition to forever compromising the sport of baseball by brazenly cheating to win a World Series, the Astros are also fervently anti-Earth.

Not to mention these suspicious ties to NASA.

We sure as shit do.

Even though the Rangers decided to go negative, there was some optimism mixed in, as well:

Honestly, you could do a hell of a lot worse than running on a platform of drinkable water and giraffes.

So listen up, registered voters.

Not only does Rangers manager Chris Woodward approve the above message, we're also reasonably sure that he wants you to get out there and vote as early as possible.

Oh, and screw the Astros.