So, the Astros' Brass Did Know 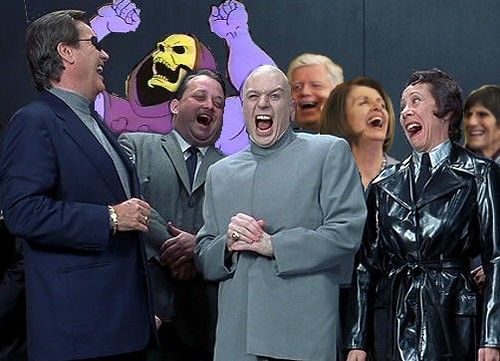 Stop it. Please. It's a fool's errand.

If any of them exist anymore, sooner or later, they collapse under the weight of social media and their own human stupidity.

Well, using electronics and trash cans to win a World Series musta been the winning entry in 2017.

It's the unraveled conspiracy that keeps on giving, too, because how do you keep the Codebreaker operation quiet forever:

The Wall Street Journal has dug up a couple a 2017 email to GM Jeff Luhnow from Houston's director of advance information -- now, there's a fitting title -- that actually mentioned the system and sign-stealing department:

[O]ur dark arts, sign-stealing department has been less productive in the second half as the league has become aware of our reputation and now most clubs change their signs a dozen times per game.

Another email uncovered a 'Stros special assistant suggesting the use of cameras in the 2017 post-season:

What's more, an intern gave Luhnow a PowerPoint presentation in 2016 about Codebreaker and assumed the GM knew it'd be used in games because that's where the value would be.

For the record, all three of those dudes are still employed by the Astros.

How in the name of Eric Snowden did this crowed ever think they could keep everything quiet?