MLB's Tech Is Gonna Give Sign-Stealing Tech the Finger 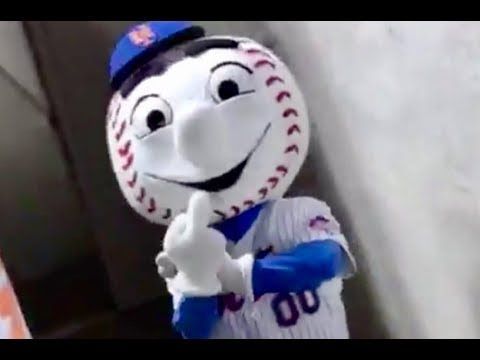 Sign-stealing is the most traditional of baseball's dark arts.

The first known incident of it happened 'way back in 1876, when the Hartford Dark Blues stashed a dude in a shack beyond the outfield to tip off hitters that a curve ball was on the way.

Candy Cummings figured out how to throw it in 1867, more pitchers had learned it by '76, and the Dark Blues figured it was time to retaliate.

One of the most famous moments in baseball history was the Shot Heard 'Round the World in 1951, which capped the New York Giants' comeback from 13½ games behind the Brooklyn Dodgers to win the pennant in a one-game playoff.

Bobby Thomson crushed a Ralph Branca heater to walk off with an NL title, and it's now widely known he knew it was coming.

But he didn't give anything away in this interview:

That sorta sign stealing is not cool, of course.

It does a great disservice to those in the game who can decipher their opponents' non-verbal commands:

When reports of the Houston Astros relying on electronics to steal signs, it was almost laughable.

Why? No one team ever tries something that other teams aren't trying themselves.

This copycatting even applies to the St Louis Cardinals' front office dude who went to jail for hacking into the 'Stros database because he thought GM Jeff Luhnow brought proprietary information from St Louis when he took the Houston job.

For one, basic hacking just isn't that tough to do.

MLB, like generals who are always fighting the last war, surely knows tech-assisted sign stealing has been happening for a while -- think Red Sox' and Yankees' Apple watch incident -- has finally gotten around to putting more weight in their already weak anti-electronic theft rules.

This time, the Commish is going straight to the heart of the matter. He's ordering the development of gadgets to encode pitcher-catcher communication, including a wearable random-number generator and lights in the mound.

Apparently, this even includes deploying a Romulan cloaking device to fuzz-out catchers' fingers when they're flashing the signs.

In the words of MLB's geeks:

Either way, Area 51's gonna have to work to catch up. That's assuming MLB's stuff works.

Remember, they're still getting the bugs outta the robot strike zone.

Same goes for the 'Stros, Yankees, Red Sox, and whomever else is using eyes in the sky and wherever else.

The fundamental challenge, though, remains. Batters still need to hit what's coming. That's still enough of a challenge in its own right, even when they know what's coming. Look at that Gattis video again. Dude's not exactly barreling up.

At last glance, the Nationals did.