Mickey Callaway's Just Another Victim of the Mets Shame Factory 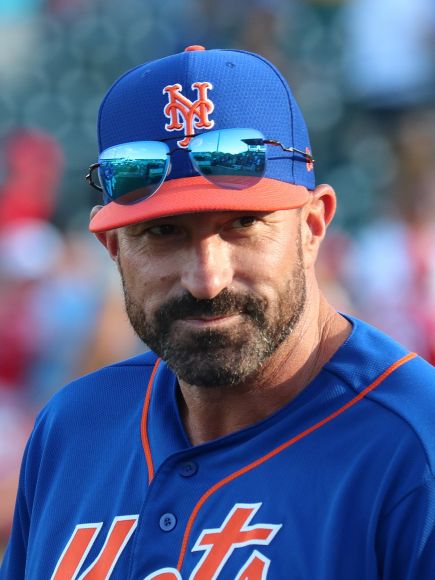 You can't really blame someone for not succeeding with the New York Mets, as this franchise will be forever doomed to fail with the Wilpons' hand of the switch.

That being said, the MIckey Callaway hire seemed ill-advised from the very beginning.

The overmatched 44-year-old was relieved of his managerial duties after two pedestrian seasons.

Dude's still got one year left on his original deal, but the Mets would rather give him $1million to go away.

While that campaign ended with a losing record, dude actually squeezed out 86 wins this year despite all of the Metsing taking place around him.

Of course, Callaway was an active participant, most notably with that whole berating the media for asking a question thing back in June.

That intrusive music was actually coming from the Mick's head.

Obviously, this dismissal has provided much grist for the mill in New York:

Today's back pages in New York, with Mickey Callaway out: pic.twitter.com/WoHUQ7fPix

His beard should've been kept on for another year.

Let's face it: Mickey Callaway should have been fired the day he tried to bully a reporter in the clubhouse and then needed to be trotted out twice to apologize for it. Try that in your office today and see if you still have a job by tonight

Well, that point has some validity.

Mickey Callaway in a statement: “While I am disappointed by the decision to move on, I am grateful to have been part of such a storied franchise … I’m proud of what we accomplished together. Many players got better, our team improved, and the Mets are in a better spot today."

He's certainly entitled to his opinion.

No word yet on if Edwin Díaz will be formally thanked for his contributions this season.