Edwin Diaz Now Setting MLB Records for His Many Failures 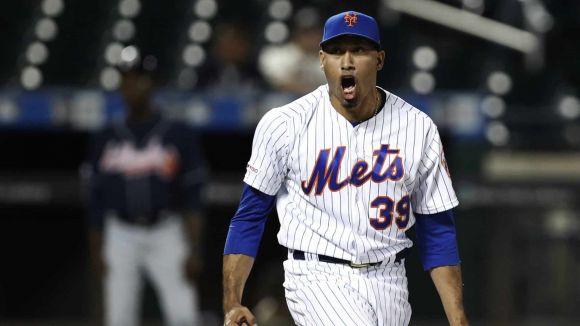 The epic late-inning struggles of the New York Mets have been well-chronicled and appropriately mocked.

The primary author of this series of dumpster fires would be now former closer Edwin Diaz, who has suffered through a season directly from hell.

After allowing the Nats to walk-off in DC earlier this week, the masochistic reliever was at it again on Friday night against the Phillies, this time in front of the home folks.

Actually, the Mets did win it in the bottom of the ninth on a Pete Alonso walk-off walk, securing the hard-earned victory for Diaz.

But dude simply refuses to stop giving up ninth-inning homers, and his generosity seems to be limitless.

Edwin Diaz has now allowed 14 9th inning HR this season, tying Francisco Rodriguez (2014 with Brewers) for the most such HR allowed in a season in MLB history.

The Mets have now allowed 31 9th inning HR this season, the most such HR allowed by a team in MLB history. pic.twitter.com/wGCXij0guy

It's always rewarding to see someone formally recognized for their achievements.

Those numbers don't even seem real, but they've been confirmed through multiple sources.

One encouraging sign has been the touching empathy provided by the Mets faithful.

With that level of support, Diaz is sure to turn things around real soon.

Just don't get too close to him.