The New York Mets and the Art of the Choke 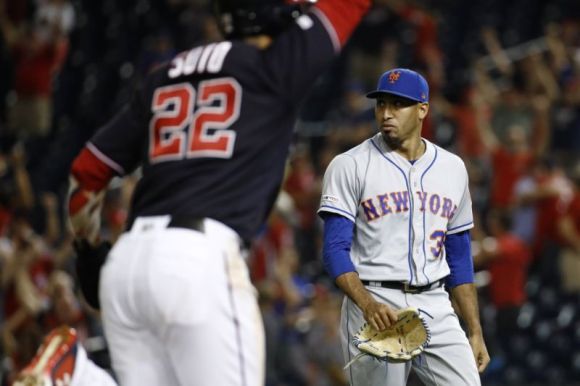 Perhaps it's time for MLB to contract the New York Mets.

Or maybe just smother the franchise with a pillow.

The Mets really out-Mets'd themselves this time, engineering a spectacular meltdown in DC.

It really was quite breathtaking, so you may want to sit down for this.

The Mets had somehow procured a 10-4 lead against the Nationals in the top of the ninth with a pretty nifty five-spot, punctuated by yet another Pete Alonso homer.

In awe of this power. ❄️🐻 pic.twitter.com/MjPsfGLudc

The Mets' broadcaster foolishly referred to this as the icing on the cake, a statement that quickly became a harbinger of doom.

The Mets started Metsing immediately in the bottom of the ninth.

Eventually the cursed Edwin Díaz was summoned from his crawl space, so that was pretty much that.

Here's a fun little summary of the carnage:

And a better look at the Kurt Suzuki walk-off:

KURT SUZUKI FOR THE WIN! #WALKOFF

Technically, the Mets are still alive for the second Wild Card, but let's not delude ourselves.

Entering tonight, teams leading by six-plus runs in the bottom of the ninth inning were 274-0.

Teams leading by six-plus runs at any point in the ninth were 507-1.

They've completely Mets up their season.