In the Year of the Homer, the Minnesota Twins Rule with an Iron Fist 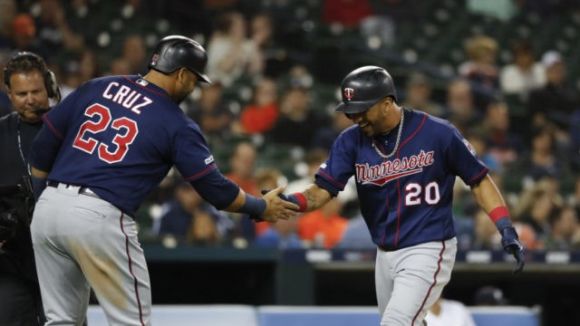 MLB baseball has suddenly morphed into the most expensive, highly skilled beer league ever assembled.

Most teams have taken advantage of his reality, but the Minnesota Twins have really gone that extra 375 to 500 feet.

This group of mostly anonymous players reached the magical 300-homer threshold recently, which seems like an absurd number of dingers in a season because it is.

The delightfully named Jonathan Schoop did the honors during the sixth inning in Motown.

And someone named Willians Astudillo made it 301 later in the game.

Wrap your mind around this stat morsel:

The @Twins have 301 HR this year. That's more than every player in franchise history except for Harmon Killebrew (559). pic.twitter.com/tuCzbAfdoE

While the juicy baseball has become the source of much angst this season, as metaphored in this bunt double tonight ...

... it's not like the dead ball era ended last year.

In fact, the Twins broke a record that was set just last season by the New York Yankees, who launched 267 missiles.

And here's the game where it happened, which was also in Detroit, because of course.

The Tigers and Orioles should be disbanded.

Minnesota Twins are the 1st team ever to hit 300 homers in a season. In fact they are at 301 & counting. As one reporter said, MLB has become Major League Softball. Balls are definitely juiced.