The Baltimore Orioles Are an Unspeakable Mess at the Moment 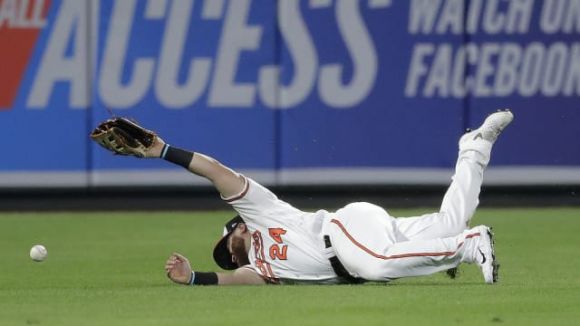 We're beginning to suspect that the 2019 Baltimore Orioles aren't actually a baseball team at all, but in reality a very experimental performance art troupe.

Or perhaps we're over analyzing the situation, and it's simply a colossal practical joke at everyone's expense.

The Birds have had a trembling nightmare of a week, and it's not even over yet.

The Yankees were just in town for a three-game set at Camden Yards, so we'll briefly sift through the carnage.

Okay fine, we'll just check out the final game of this grim sweep:

Yep, that's what shitty defense and shittier pitching looks like.

The Bronx Bombers have been just plain cruel to the helpless Orioles this year, winning all 10 games at Camden Yards while hitting around 736 homers in the process.

The @Yankees have hit 49 HR vs the Orioles this season ...

That's the most HR any team has hit vs any opponent in a season.

Not surprisingly, being publicly flogged night after night isn't doing much for team morale, as evidenced by this little scrape between the doomed Chris Davis and completely overwhelmed first-year manager Brandon Hyde:

Oh, and there was the small matter of outfielder DJ Stewart cleverly playing that ball off his head in Tuesday's loss.

Both left fielders put on a show in the Yankees vs Orioles game, a breakdown pic.twitter.com/MxV5pTX8b0

Yeah, also not good for morale, although there was some mean-spirited laughter.