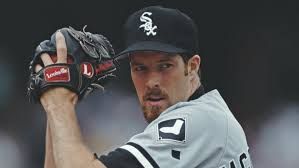 The older I get, the better I was.

Among other things, it encompasses those OG stories about walking uphill in the snow for three miles in order to get to and from school in wintertime.

Little did we realize that school musta been Stanford University.

That's where Jack McDowell matriculated before carving out a decent MLB career that included winning the 1993 Cy Young when he pitched for the Chicago White Sox.

Turns out his rookie eyes were opened in 1987 when he was exposed to The Ways of baseball's unwritten rules.

Dammit if he hasn't had enough of what's happening to them right now, and he's taking no prisoners:

Former MLB Pitcher Jack McDowell shared his thoughts on the @MacAttackWFNZ on the Astros cheating scandal, plus has a whistle-blower story of his own involving Tony La Russa.....@Buster_ESPN@Ken_Rosenthal @JeffPassan @JonHeyman @RealMichaelKay @Joelsherman1 pic.twitter.com/IHnGzm9zBW

It's a sad fact of life that the get off my lawn gene kicks in about the same time hair starts turning gray, but there it is, and apparently, it's thriving in the OK Boomer era.

So much so that facts just get in the way.

It's kind of a pesky detail, but there it is.

The team's manager in '87 was Jim Fregosi, better known for being MLB's first 6-4 shortstop who made his name with the Los Angeles Angels after they selected him in the 1960 expansion draft. OG was born Old School and remained that way for the rest of his life.

Fregosi wouldn't have been surprised that teams like the 1951 New York Giants had a dude with binoculars in the Polo Grounds CF seats stealing signs and relaying them to the dugout.

That way, the likes of Bobby Thomson could slam the Shot Heard 'Round the World.

With results like that and MLB turning a blind eye to it all -- unless they really, truly have to face the situation -- why wouldn't Fregosi be all in favor of doing the same thing?

Not that it helped. The White Sox under his reign never finished higher than fifth in the standings.

Fuzzy memory or not, salty ol' Black Jack does have one point: baseball's unwritten checks and balances ultimately kept most of those shenanigans in check.

It just took a little chin music and all was right with the world once again.