Anthony Rizzo Invites The Undertaker to Wrigley Field for a Ballgame 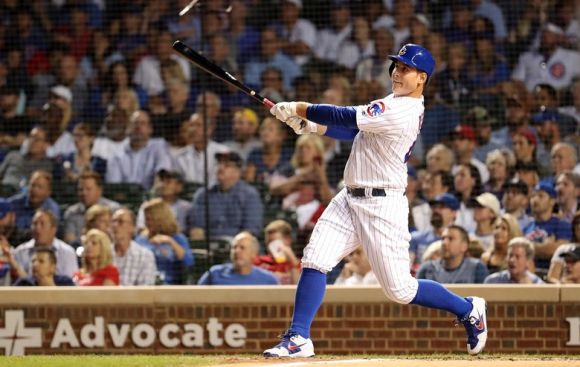 Anthony Rizzo is an accomplished baseball player, but until last night, we didn't realize he was capable of miracles.

The Chicago Cubs' first baseman and resident cutup suffered a pretty nasty ankle injury less than a week ago and was expected to miss a good chunk of time.

However, the aluminum foil magnate had other ideas.

Much to the surprise of everyone, Rizzo was penciled in at the leadoff spot for the first game of a critical series with the St Louis Cardinals.

To mark the occasion, this tough SOB decided to change his walk-up music to something a bit more appropriate:

Anthony Rizzo's walk-up song on his surprise return to the @Cubs lineup?

That's right, it's The Undertaker.

It turns out that hitting a baseball is difficult with your eyes rolled back in your head, so Rizzo struck out.

That's some fine opposite field work right there.

Despite this epic display of machismo, the Cubs lost to the Cards in 10 drama-soaked innings.

If only Paul Bearer had been in attendance: