Anthony Rizzo Is a Marketing Force of Nature 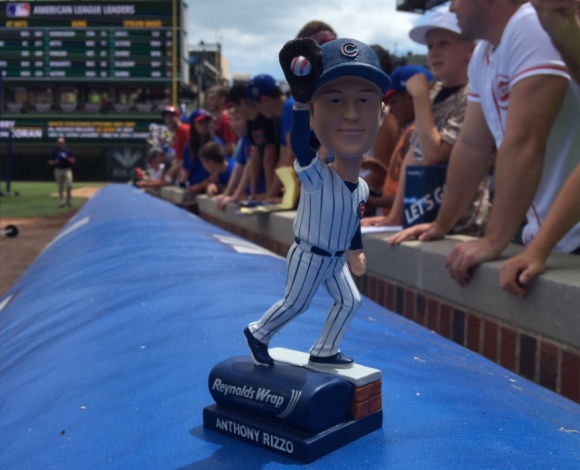 The Chicago Cubs had a pretty good year in 2016.

The much lamented 108-year World Series drought finally ended, with the Cubs taking the Cleveland Indians in seven games for the ring.

Obviously, these Cubs have been deigned royalty in Chicago, but one player in particular seems to have mastered this branding thing.

That would be first baseman Anthony Rizzo.

Apparently, the young slugger made a bet with the fine people at Reynolds Wrap, stipulating that Rizzo Wrap would become an actual thing if the Cubs won the World Series.

The name Rizzo is now synonymous with the process of securing leftovers for future use.

The All-Star first baseman is also quite adept in the kitchen:

In addition to his partnership with Reynolds, Chef Rizzo has also dabbled with a few other products.

Of course, there was the popular breakfast cereal appropriately named RizzO's:

Also, let's not forget the exciting business venture with Rizzo and his teammate Kris Bryant: