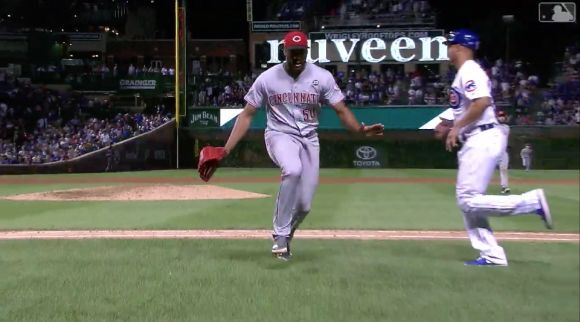 You know, this Amir Garrett is quite the character.

The Cincinnati Reds reliever has had an interesting season, with his behavior varying wildly from game to game.

You may recall back in late July when dude went scorched earth on the Pirates dugout, triggering an ugly brawl and sending Yasiel Puig off to Cleveland with a bang.

Recently, he's taken to sprinting towards his own dugout.

But this time, his intentions were pure and in the spirit of self-preservation:

Garrett doesn't seem too concerned with any of it:

Even when you’re being provoked, you can always walk away. Or Run... lol take notes kids https://t.co/GsraKl9NCe

Again though, he's a different cat: