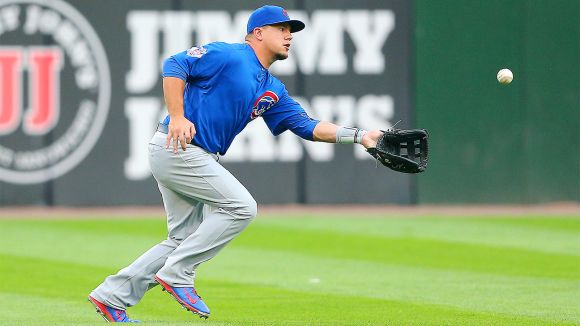 At the plate, Kyle Schwarber is a beast, possessing crazy power and solid discipline.

However, his escapades in the outfield are an entirely different matter.

It's probably a foregone conclusion that the Chicago Cubs left fielder will eventually DH in the American League, but until then, let's sit back and enjoy his magical glove-based performance art.

Here's an excerpt from his one-man show in St Louis recently. Props included:

The shoe was even uncomfortable.

While the Schwarbs did make the catch, his form was less than ideal.

This isn't the first time.

In fact, the 2016 World Series hero had already misplayed a ball terribly in this very same game, producing a two-run double for the Cardinals.

However, he did manage to keep his feet on that one.

Dude's obviously taken a lot of grief for his outfield foibles. Still, he's worked really hard on this part of the game and is in reality not the worst outfielder on the planet.

The thing is, though, even when Schwarber's making plays, style points are few and far between.

It's just a baggy pants farce out there.