US Open: Woodland and His Blazing Putter Close Fast to Lead at the Turn 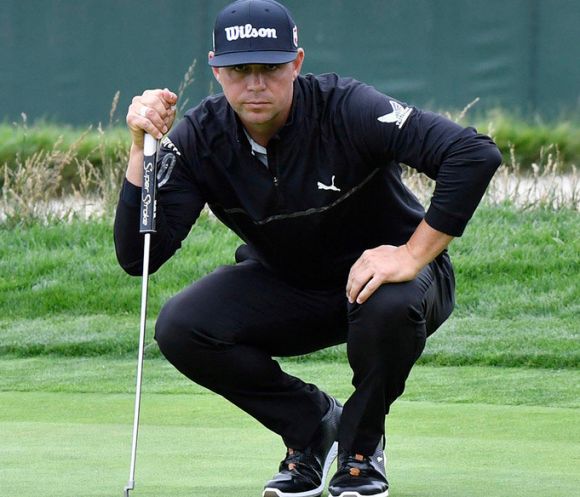 There are two things to know about the greens at Pebble Beach:

After all it takes to reach them, players have often found they can dilute great rounds into good ones, and good rounds don't win Majors.

So Phil Mickelson -- one of the game's great putters -- probably isn't gonna win this year's US Open.

Semi-obscure Gary Woodland could, but if nothing else, dude's forced his way onto the world stage for at least the second round because ...

One-putting ten greens in a round will definitely put a player incontention.

Woodland's only won three PGA tournaments in his ten years on the tour. However, dude's been in this position in a Major before, at last year's PGA Championship, but when the rubber met the road, he had to settle for a Top 10 finish, six pops behind.

The old duffer saying that you drive for show, but you putt for dough doesn't quite capture the Pebble Beach experience.

Woodward avoided that pratfall time and again. The question now is whether he can keep it up.

As would be expected from a field of this quality, amazing and spectacular things happened.

For most, though, the rest of their rounds weren't enough. That goes double for Justin Thomas, who features prominently in the day's highlights but missed the cut:

Dude's playing on the weekend, but he's gonna need a trip to the pro shop first:

The leaderboard is starting to take shape as the tourney approaches Moving Day.

That crowd does not include the likes of Mickelson, Tiger Woods, or Jordan Spieth.